This is going to sound dramatic, but I really struggled writing the title to this recipe. If you scroll on Pinterest or Instagram for a few minutes, you’ll see that recipe names right now have become SO complicated, and it never ceases to amaze me how a simple dessert like the one we’re about to discuss is called a “sweet summer all-butter raw sugar peach crostata”. Like whaaattt?! Didn’t your momma teach you to not reveal it all at once??

Or how about “Quick Balsamic Fig Roasted Tomato and Burrata Cheese Tarts” (just saw that one yesterday)? Or even “5-Minute Vegan and Gluten Free Carob Tahini Crunch Granola”. I bet it took longer to come up with that name than it did to make the recipe!

So with that being said I feel more than a little plain calling this just a “peach crostata”, but honestly that’s what it is.  You’re probably thinking “Hailey, you’re keeping it simple?? We don’t even know what a crostini is!” Well first of all it’s a crostata, and it’s just an Italian word for a free-form tart. There’s nothing fancy here, but I promise you that summer peaches when tossed in brown sugar and baked in a butter crust become an unforgettable dessert that you’ll make many more times over the next hot, humid months. 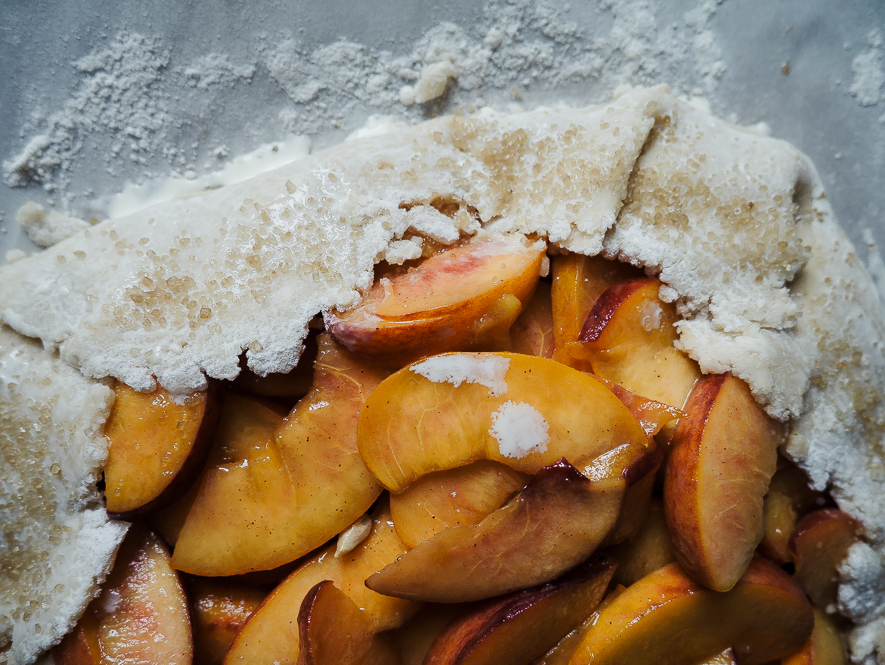 When something looks this good before going in the oven, you know it’s going to be bomb.com (thank you Guy Fieri). After the crostata bakes, the peaches become caramelized, the crust crisp and golden, and the juices from the fruit are bubbly and sweet. It’s perfection. 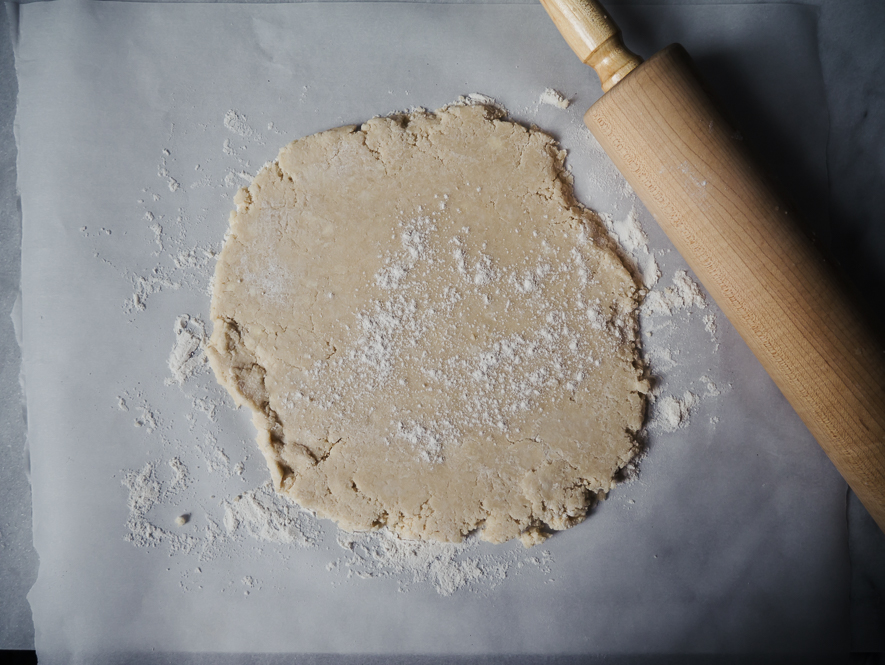 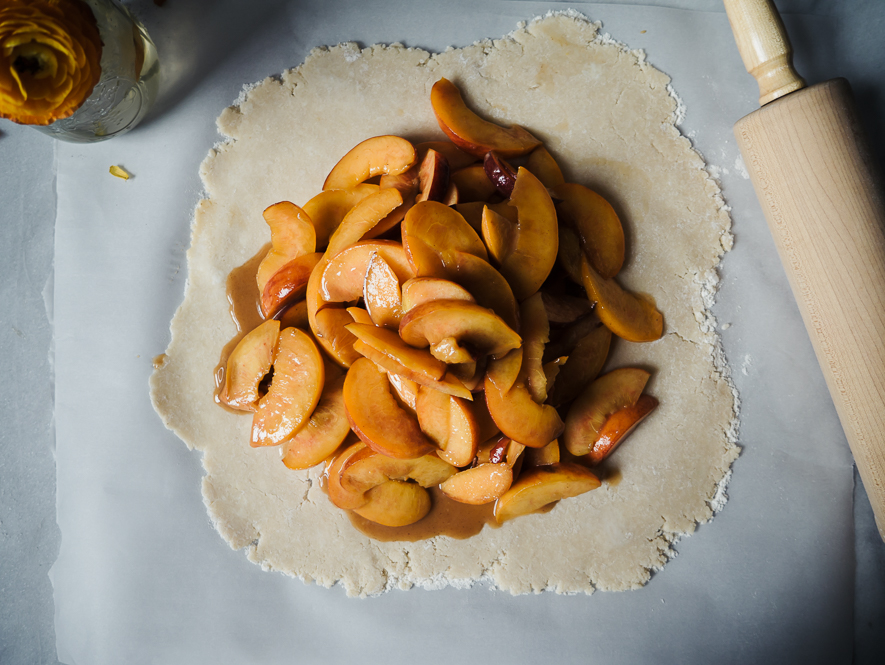 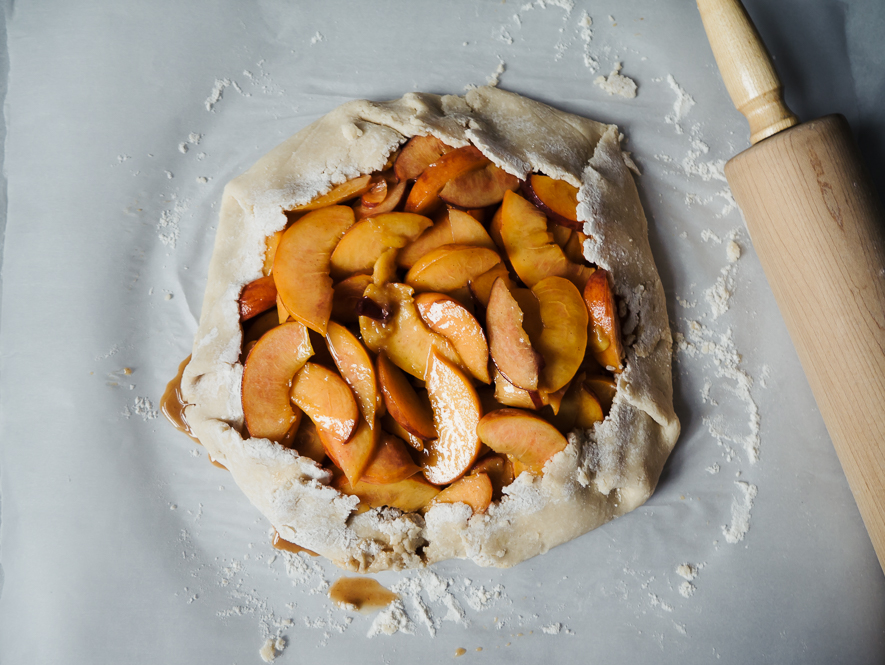 The best part about this is how easy it is. Don’t be scared by making the pastry dough yourself, it takes literally 60 seconds using a food processor and doesn’t have all the chemicals that store bought dough contains.

If you MUST buy the dough, I forgive you, but you need to promise to not use canned fruit. 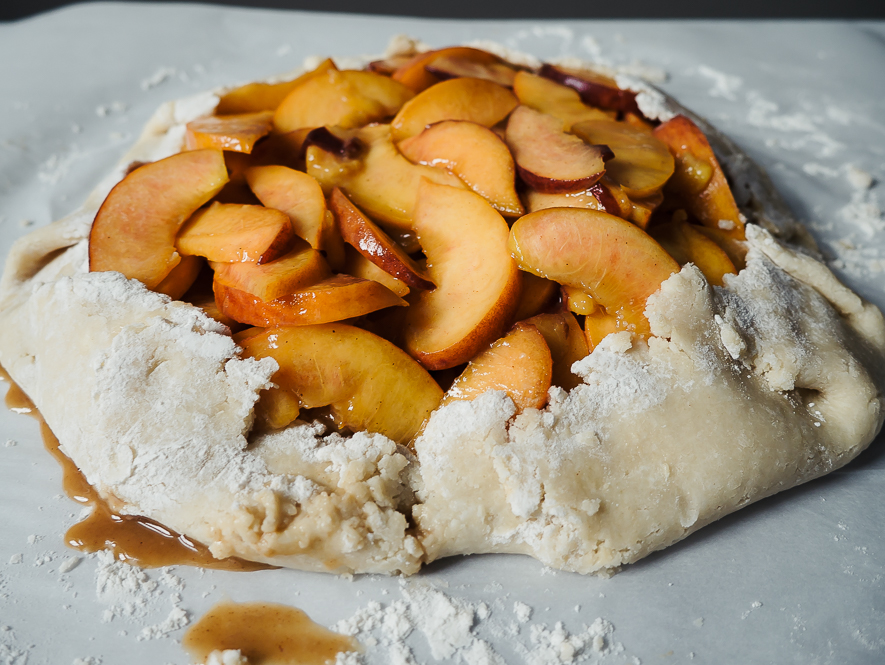 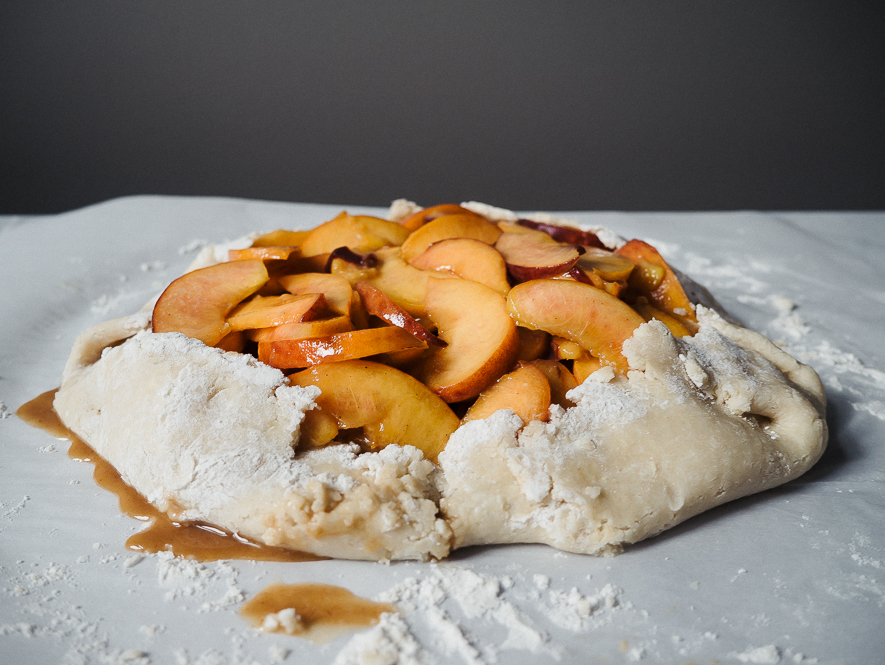 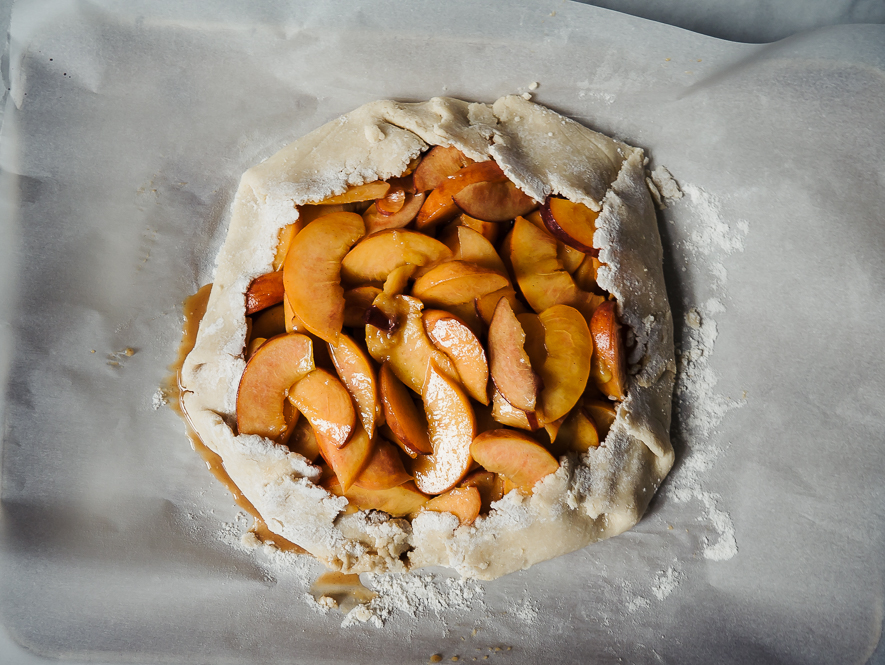 So long story short (Rishil loves when I say that because my stories are always super long and he waits for an abbreviated version that never comes), we just toss peaches with brown sugar, cinnamon, salt, and flour, and spoon then on top of your homemade dough.

Brush with cream, sprinkle with sugar, and bake until bubbly and golden, or until it looks like this: 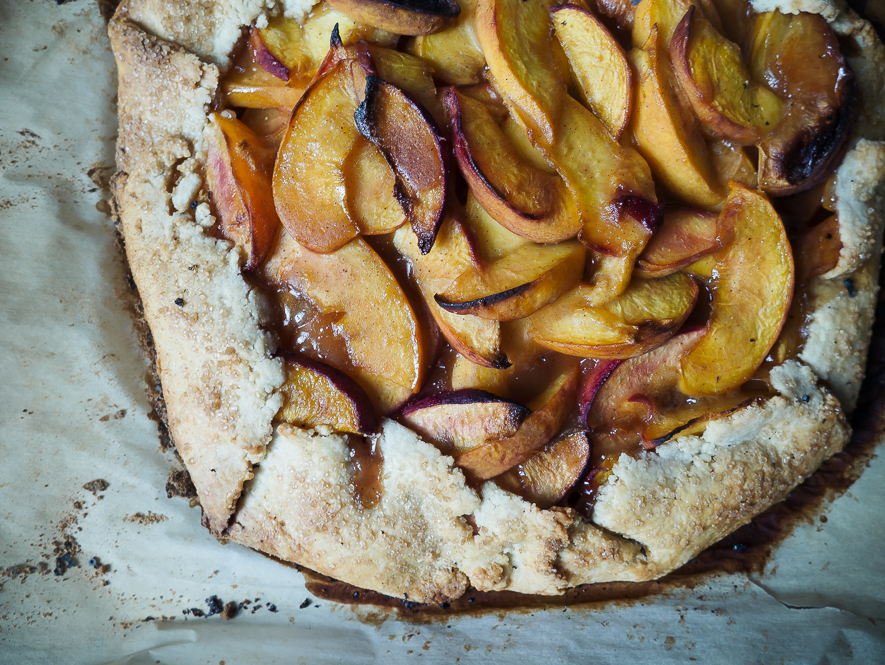 Sexy can I?! I can’t even imagine how beautiful this would be with a few scoops of ice cream on top, because my family wouldn’t let me properly food style it before I served it. Ugh.

Hopefully you have more lenient relatives, and can send me a picture once you make this and top the crostata with the garnish it rightfully deserves!

Peach Crostata (serves 8) recipe slightly adapted from here; my edits from original recipe are in italics

The tart can be baked up to 6 hours in advance. Serve warm or at room temperature