Jeez guys, it’s been awhile hasn’t it? I hope my mom isn’t reading this, because she told me that once I started my full time job I absolutely wouldn’t have time for baking and blogging. I fumed away and swore I would make time, however clearly my weekly blog posts have gone about as well as my daily workouts (they’re non-existent).

So in an effort to prove Mom slightly wrong (clearly I haven’t matured much since graduation), I decided Thanksgiving was the perfect opportunity to get back into the swing of things.

We usually have tons of people over, and everyone brings a dish. However, they know that dessert is mine. Forget boring pumpkin pies- this season I was craving a cheesecake, and after seeing a gallon of cider in our fridge I realized how incredible of a combination that would make. 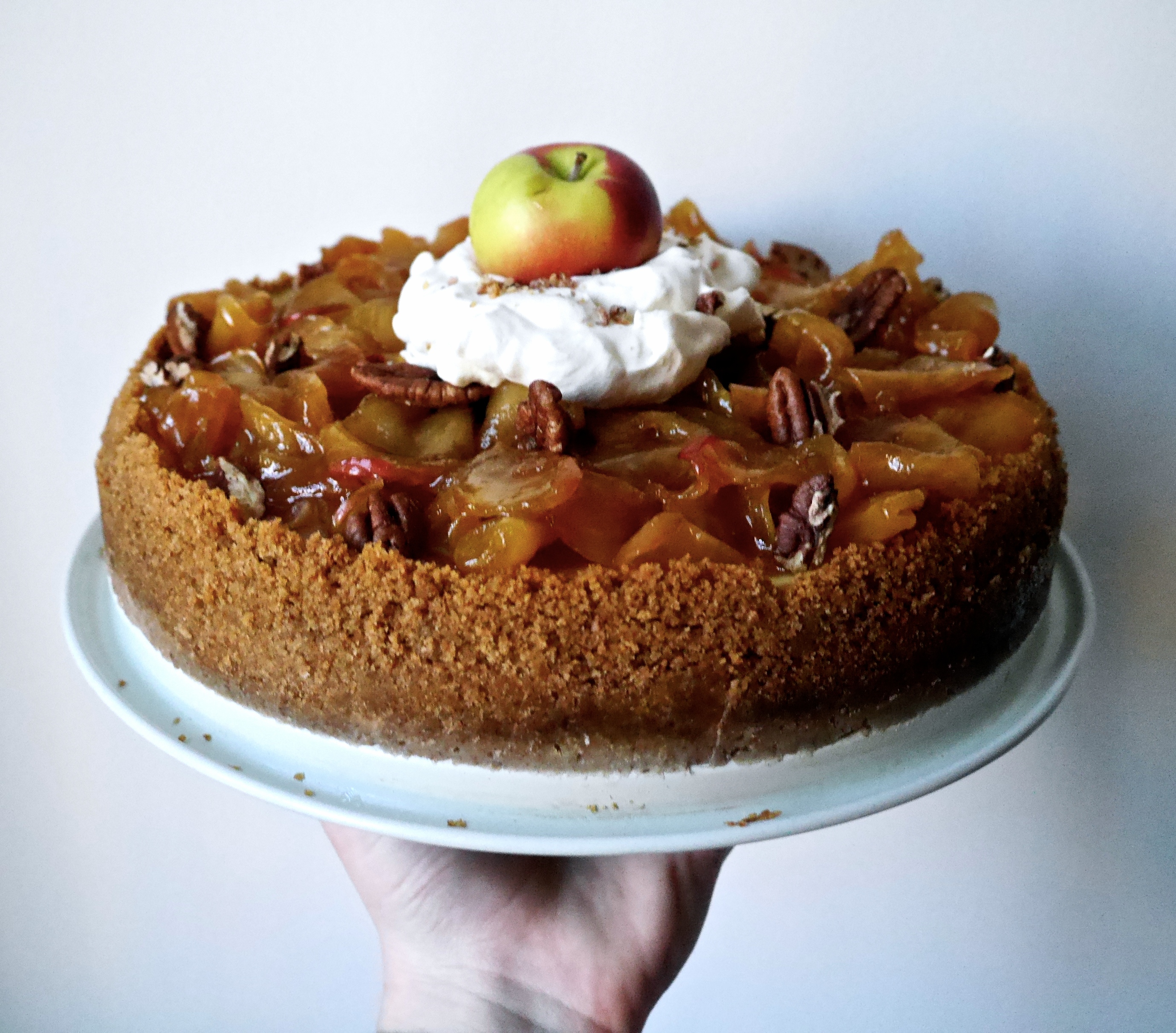 A crisp crust, creamy center, and tart syrupy apples on top sounded too good to resist. However, all the recipes I found were too complicated, so I made my own! Let’s begin: 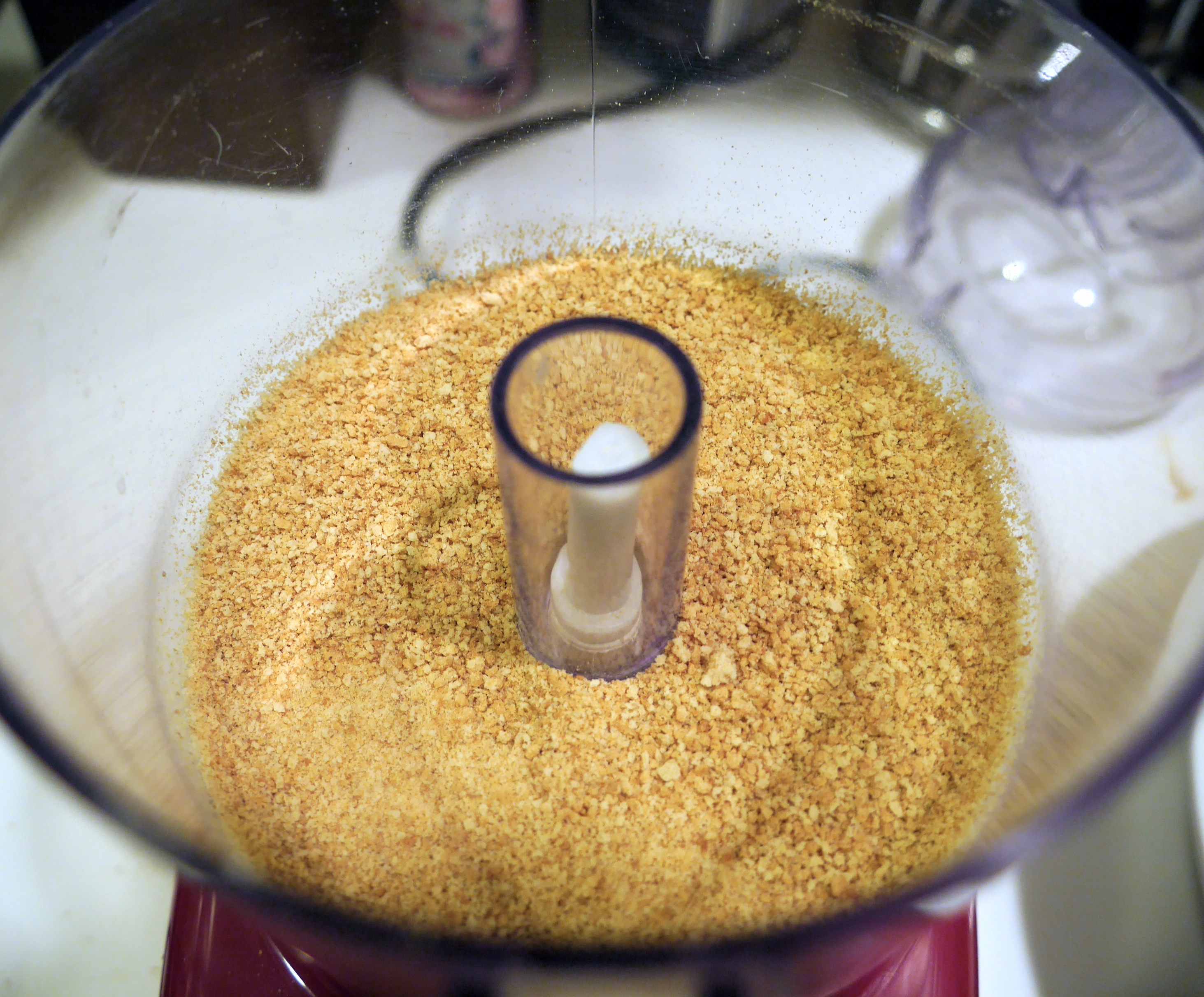 Making your own crust is so easy: just pulse together graham crackers until they look like sand, and add in some melted butter. That’s it!

Once the crumbs and butter are combined, place them in a spring form pan that’s been sprayed with non-stick spray. Gently press the crumbs into a crust, and go up about an inch around the sides of the pan. Pop in the fridge while we make the filling. 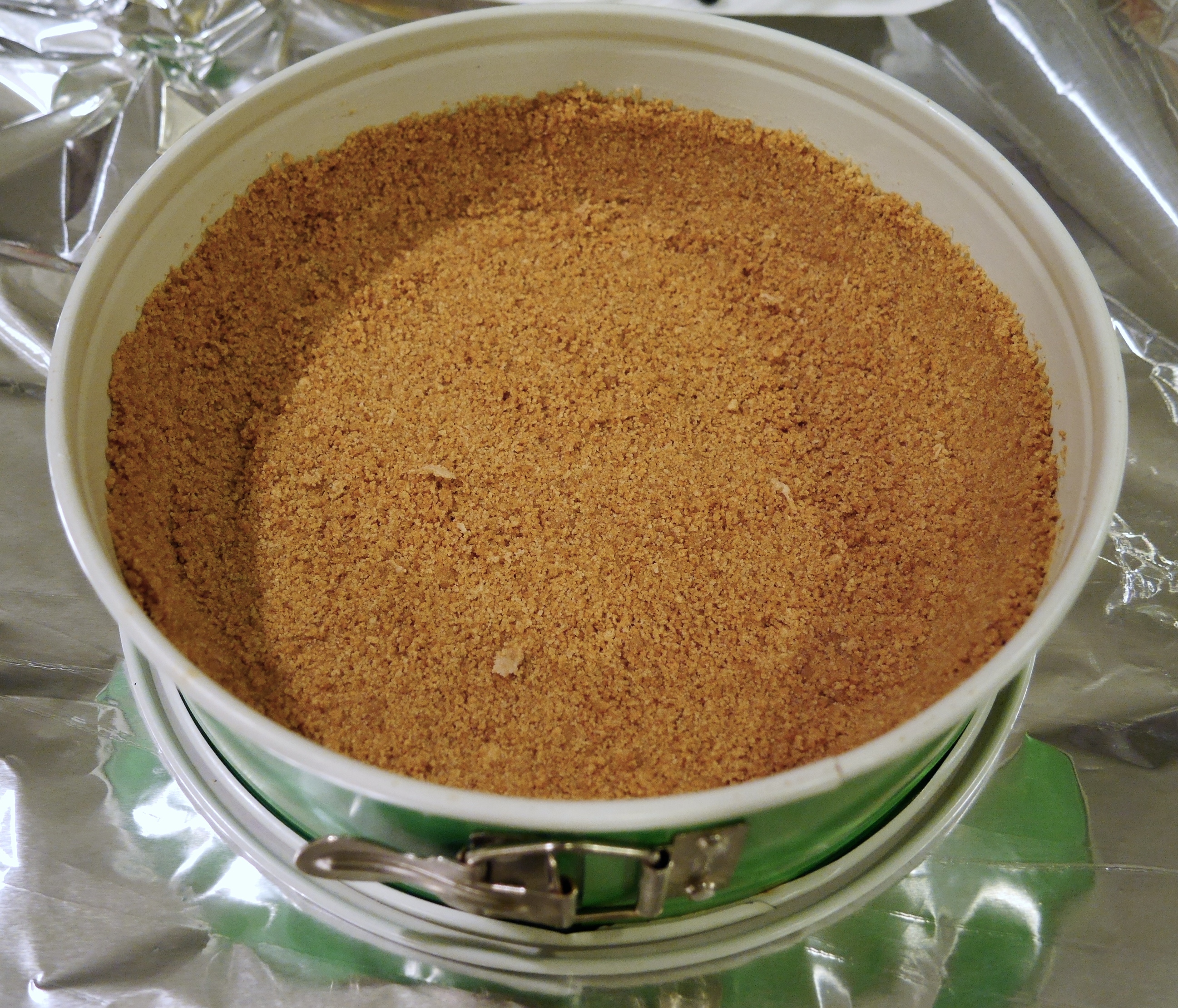 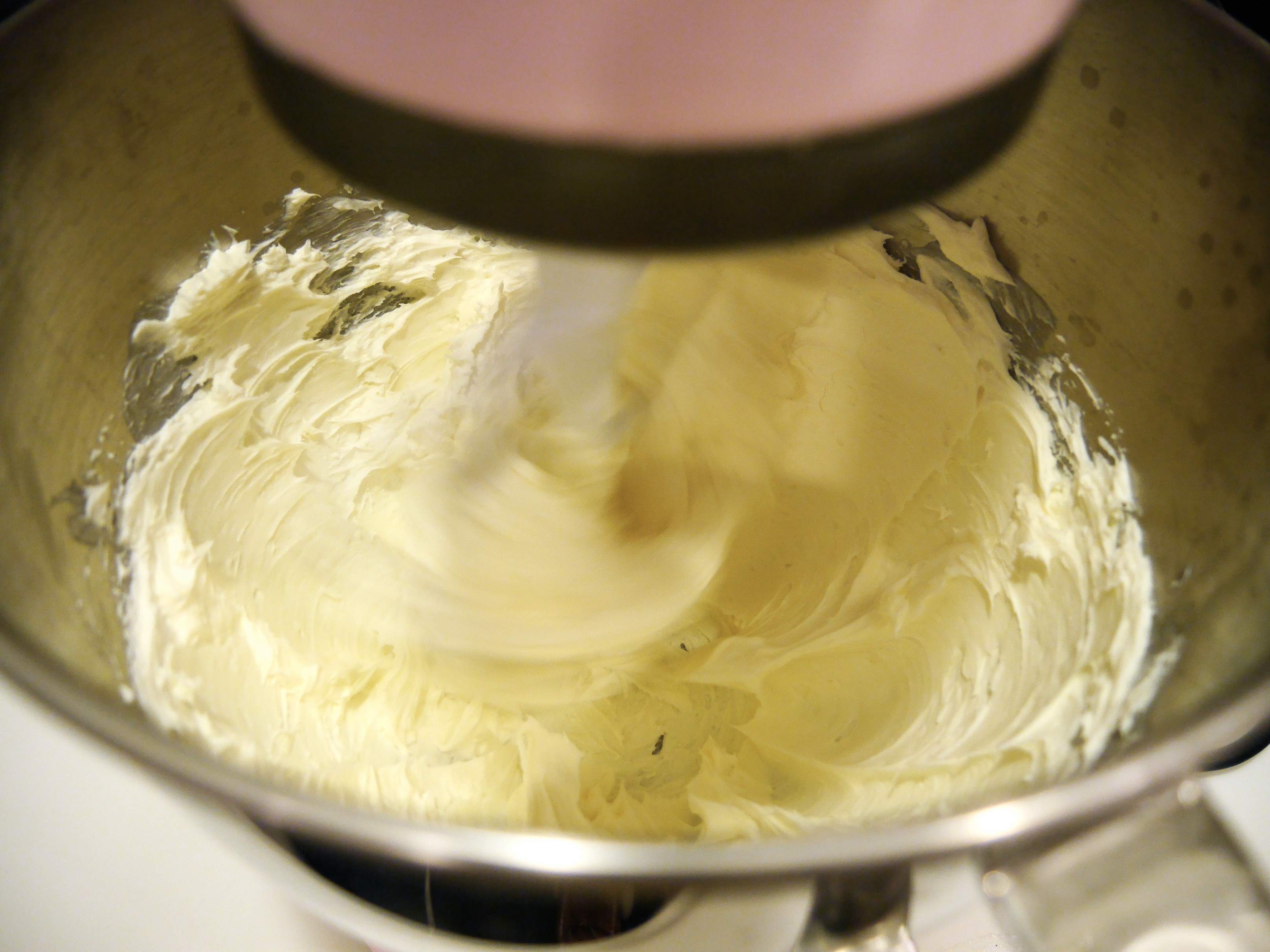 For the filling we cream together a few packets of cream cheese, and then gently add 3 eggs, one at a time, and a little sugar. We want to be super careful to not over mix this, as it’ll make the cheesecake crack in the oven.

Next add in a little sour cream, vanilla, and lemon zest. You’re done!

The trickiest part of this whole operation is baking the damn thing. Surround your cheesecake pan with foil, and place in a roasting pan or something big enough to hold the cheesecake. 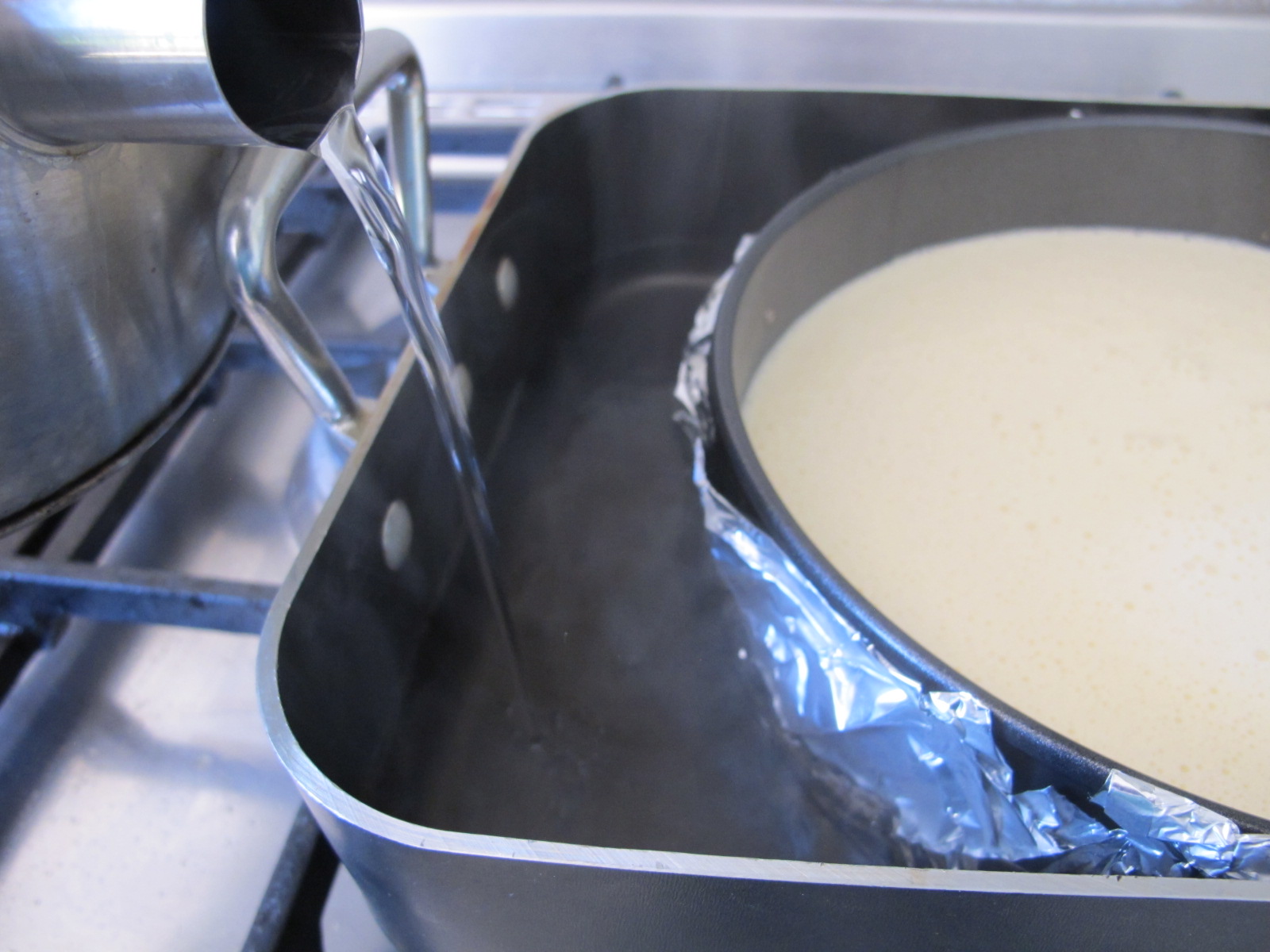 Bake for about an hour, or until the cheesecake is almost set. It should jiggle a little when its done (cue one of my brother’s fat jokes). Bain-Marie photo from here. 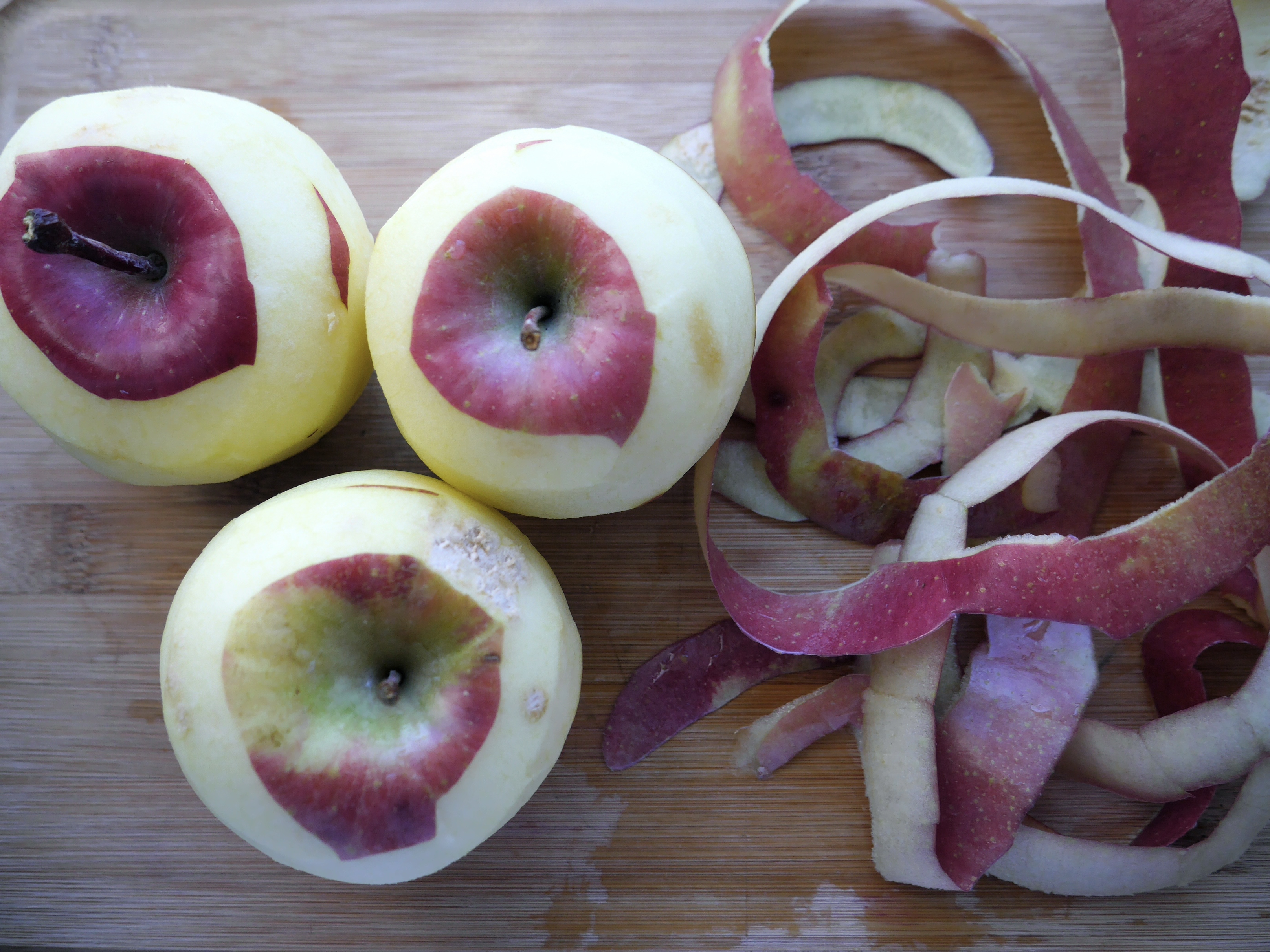 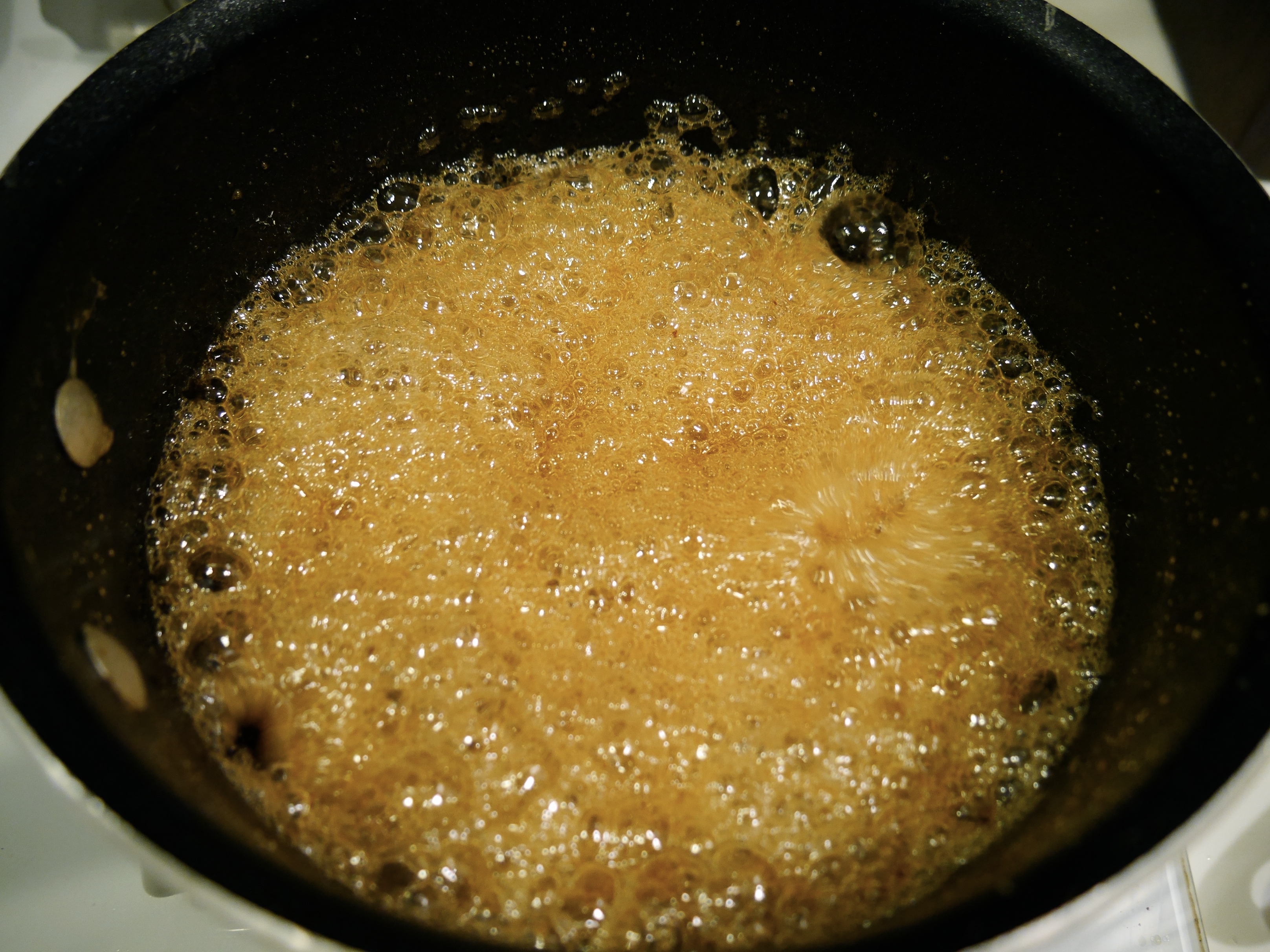 So now on to the compote. Peel, core, and slice three apples, and set aside.

In a saucepan over medium-high heat, reduce a cup of cider, 2 T of butter, sugar, and cinnamon together until very thick and syrupy. 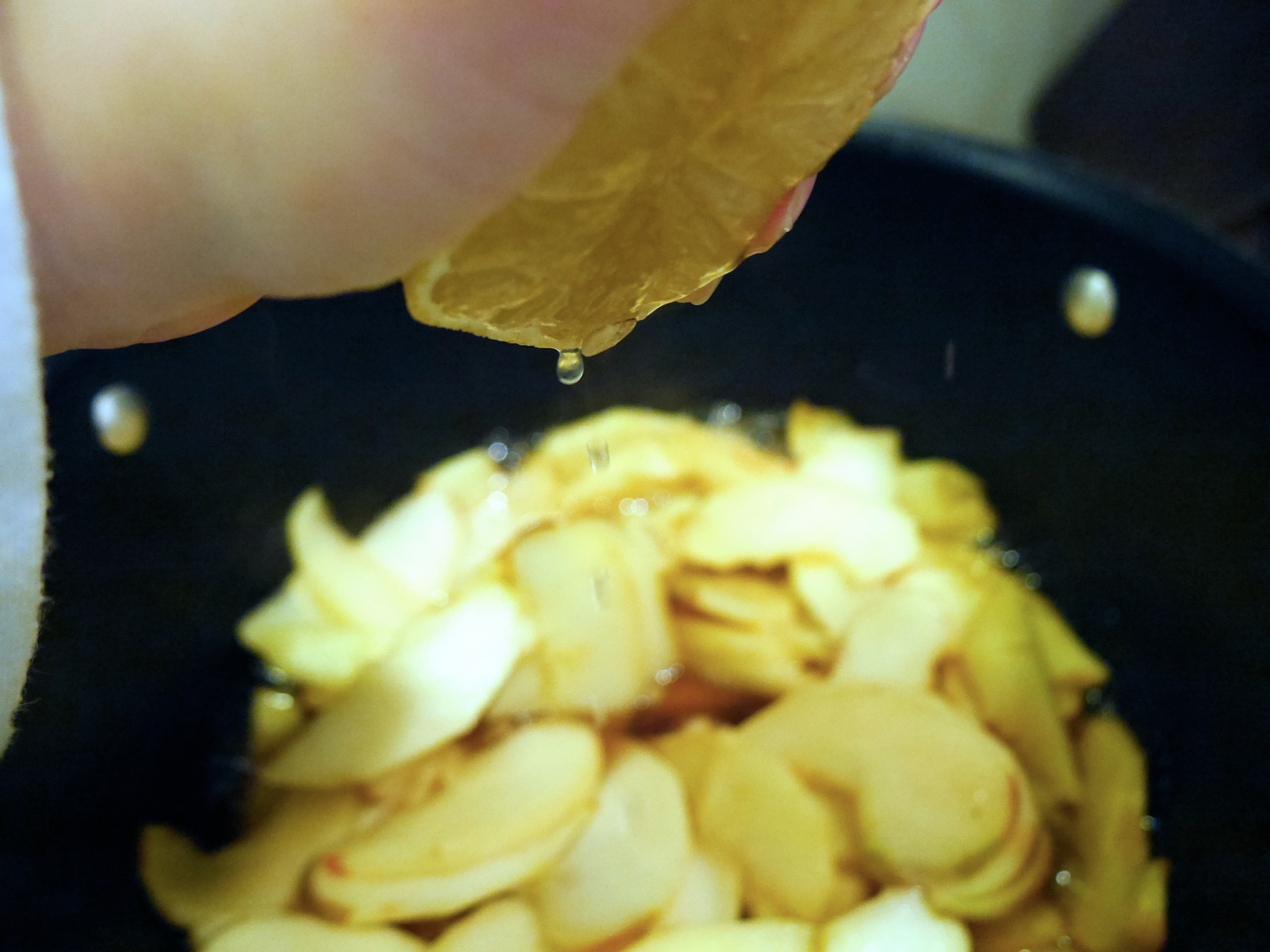 Add in the apples, the juice of half a lemon, some bourbon, and let cook until the apples are translucent. 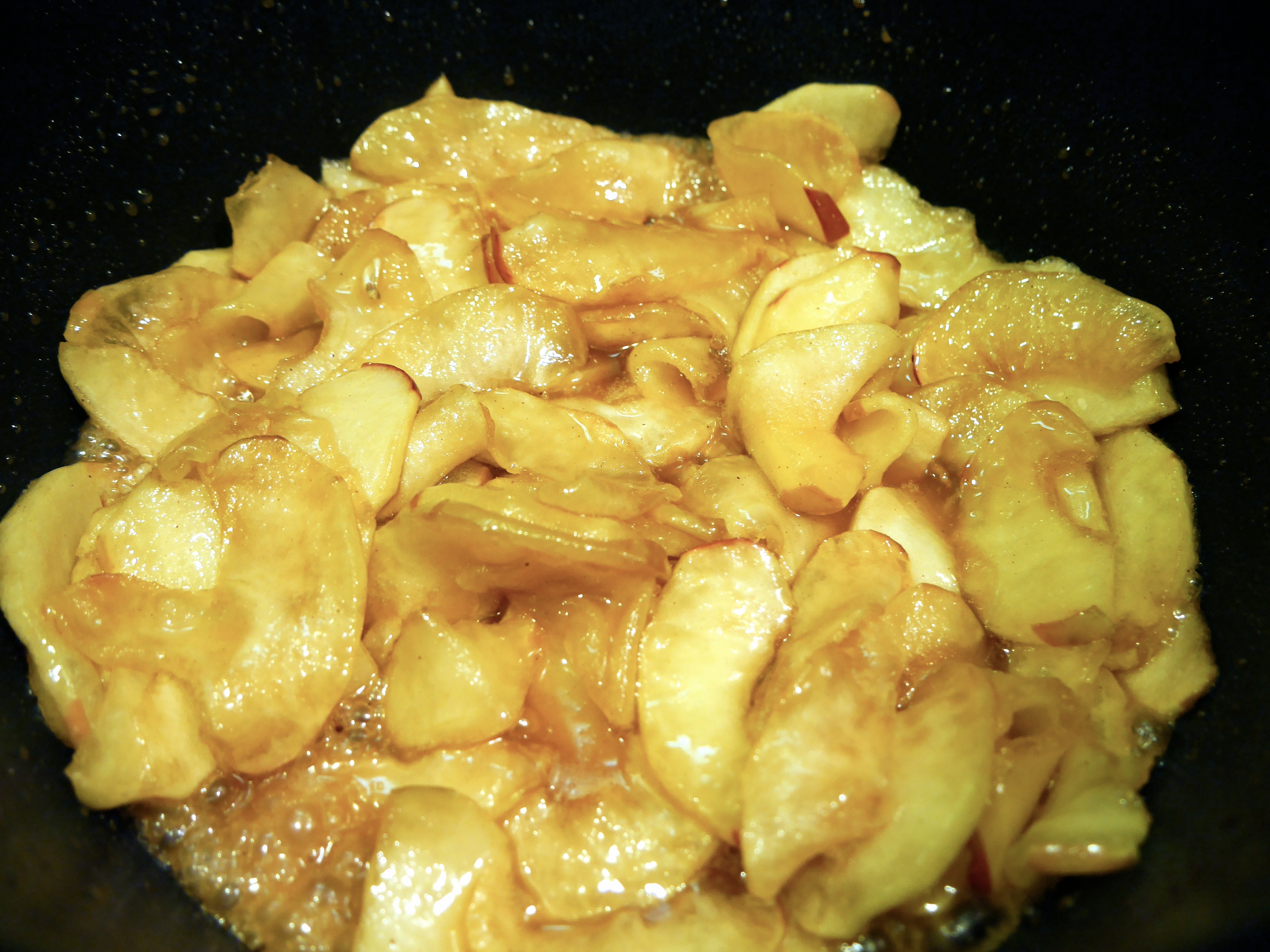 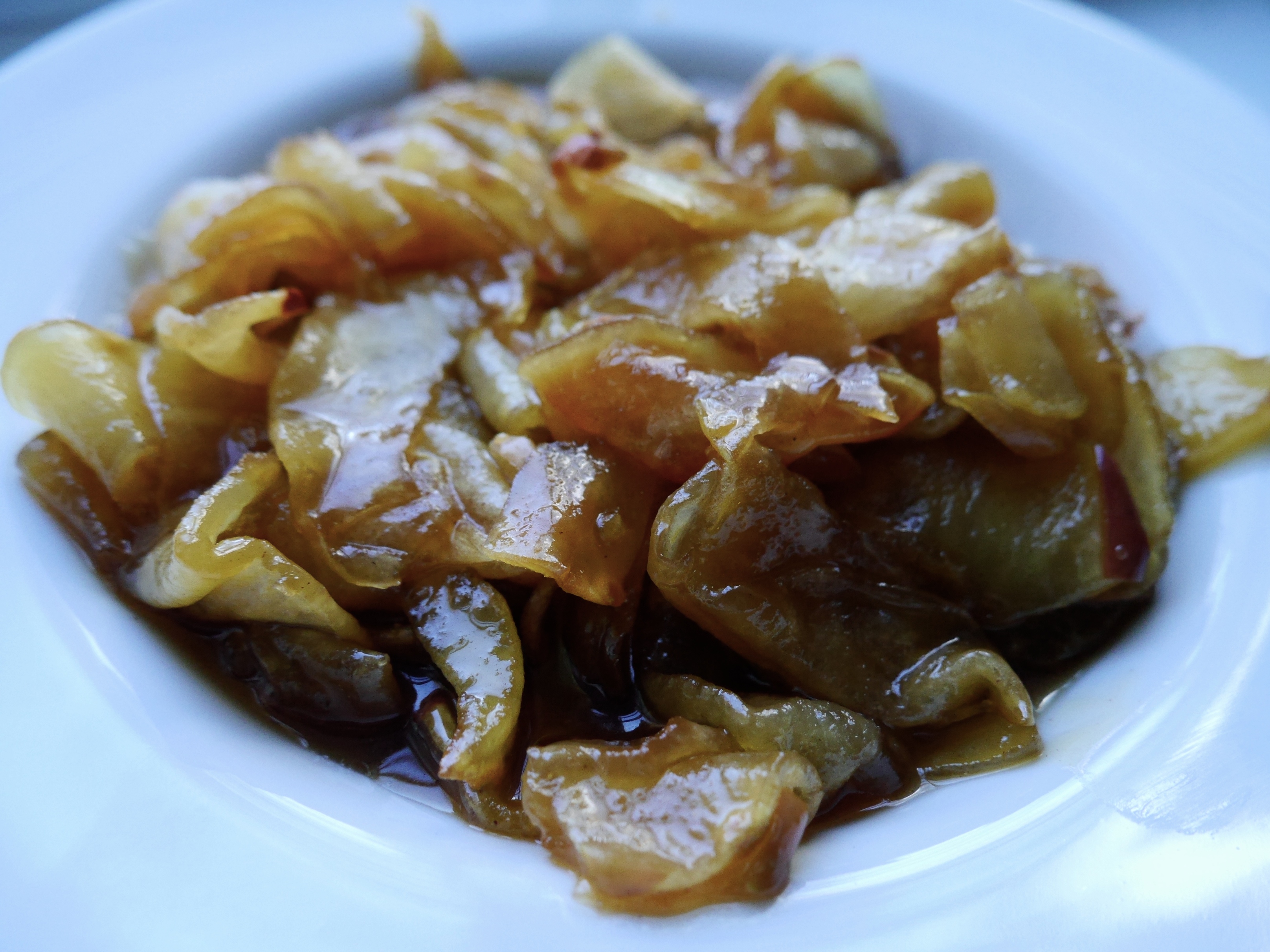 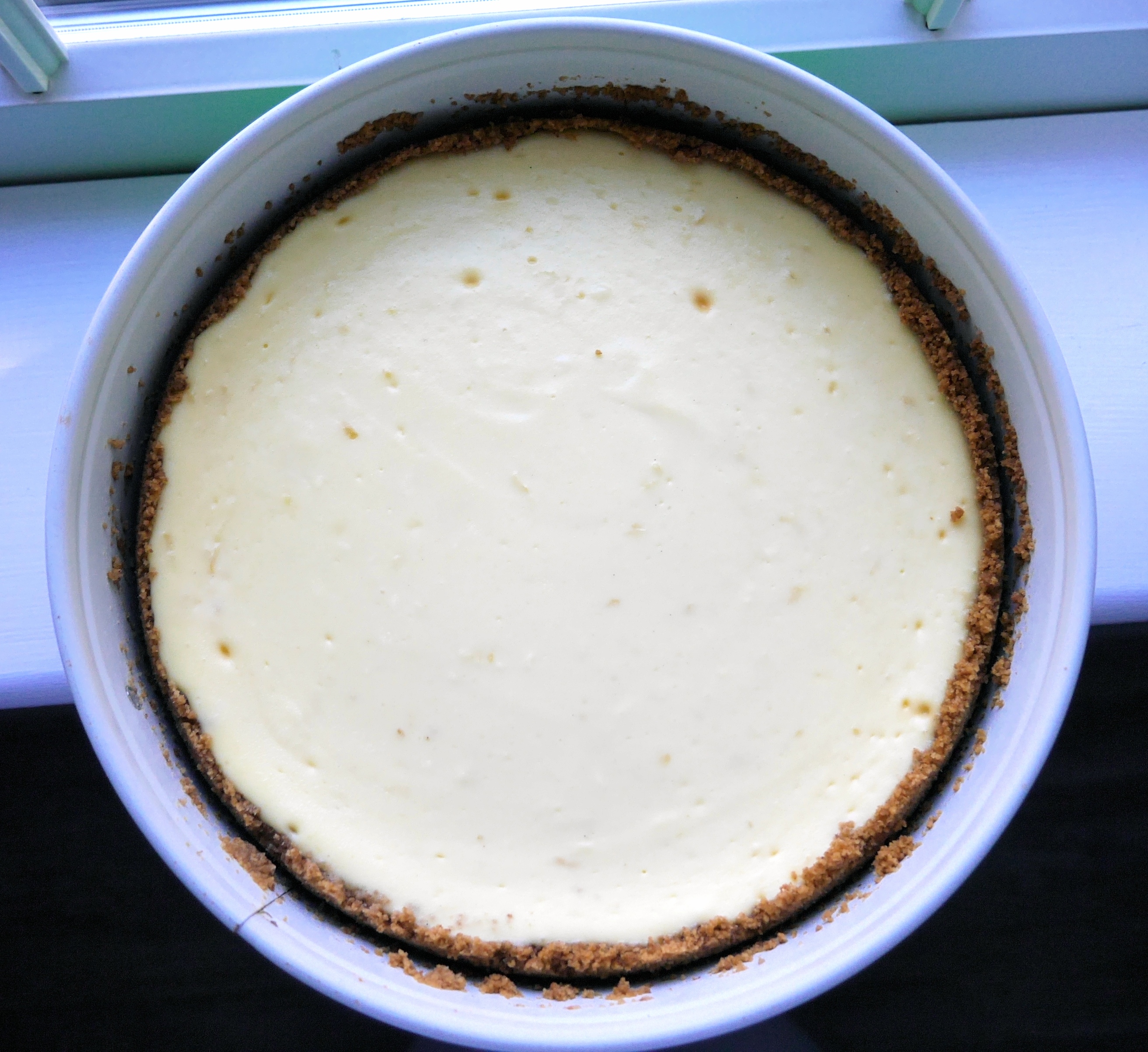 Your cheesecake should be cool before the next step, so once it’s unmolded and at least room temperature, seductively pour your apple mixture on top while humming “my cheesecake brings all the boys to the yard”. Not a necessary step but I swear it improves the final product somehow…. 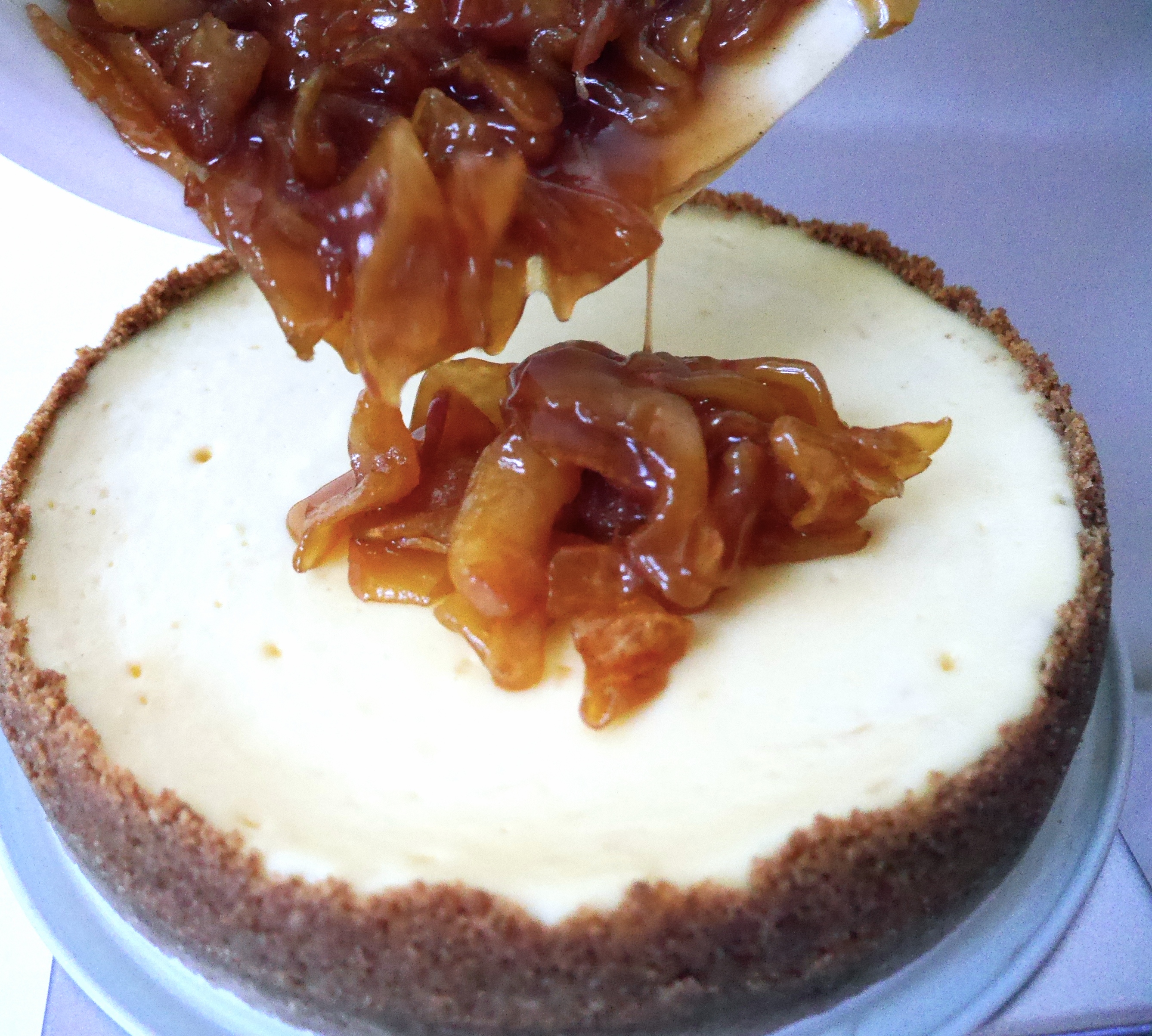 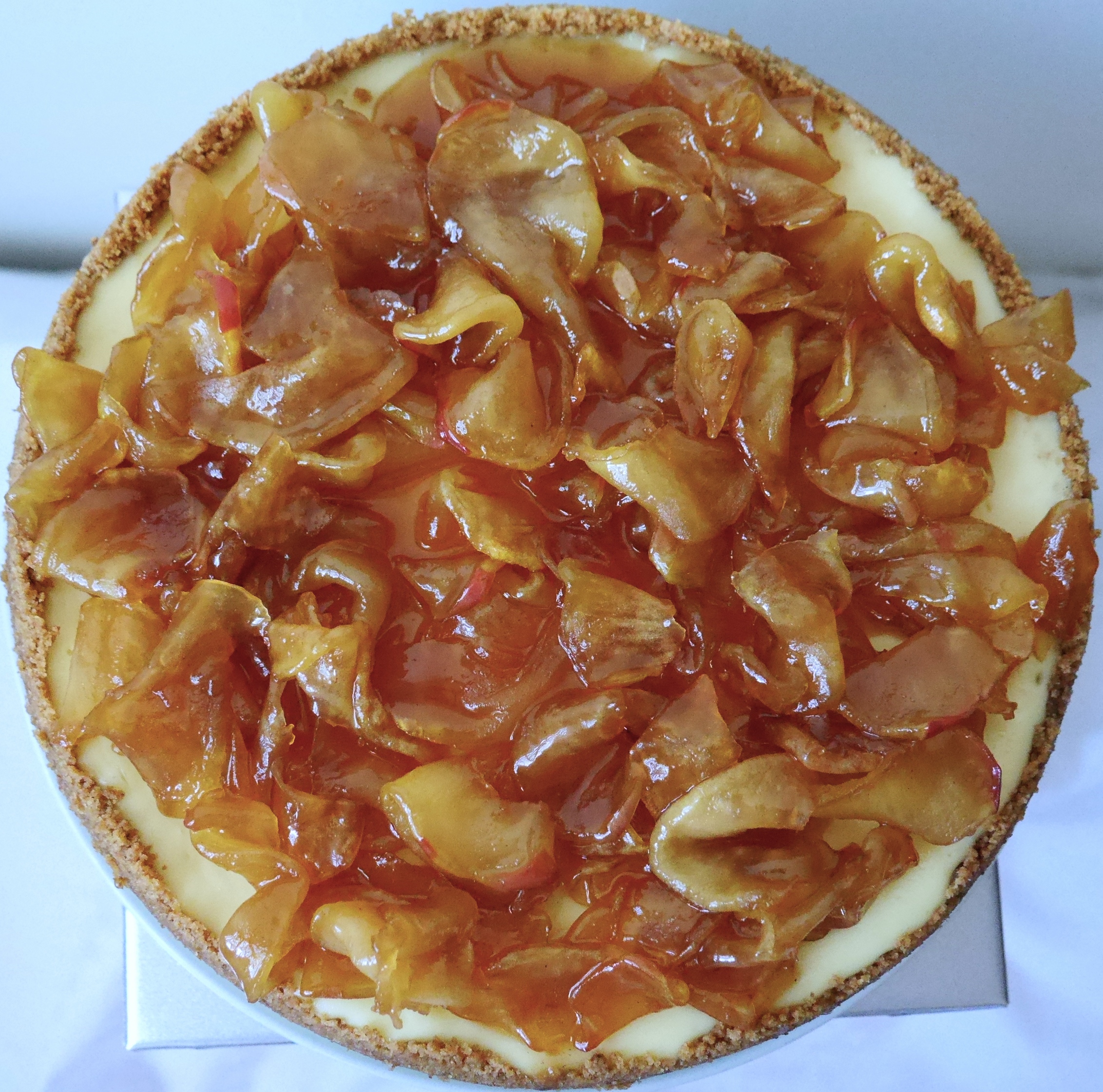 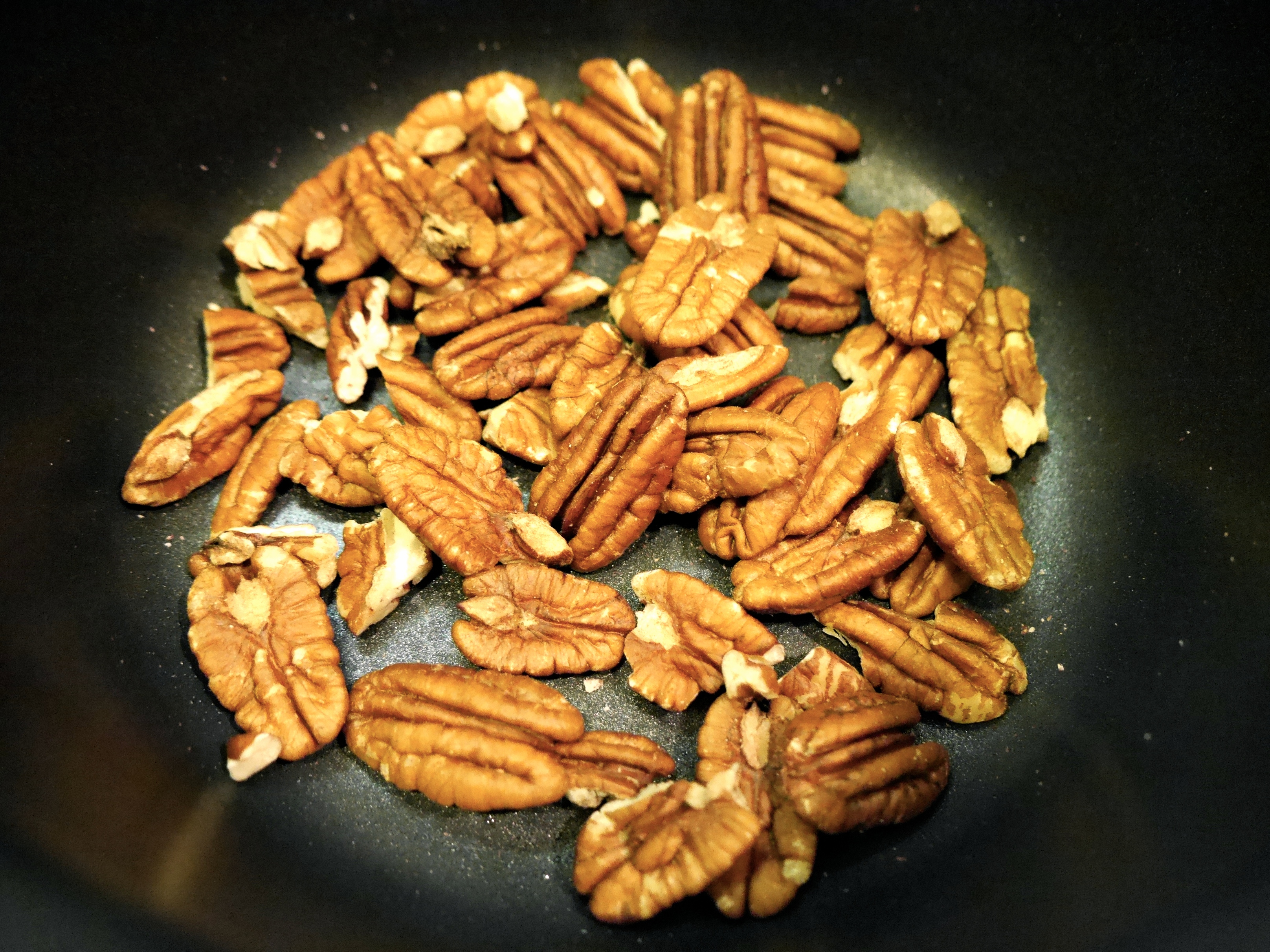 I then toasted some pecans and added them on top, along with some lightly sweetened whipped cream. You don’t need to add these ingredients, but they add an extra layer of deliciousness 🙂 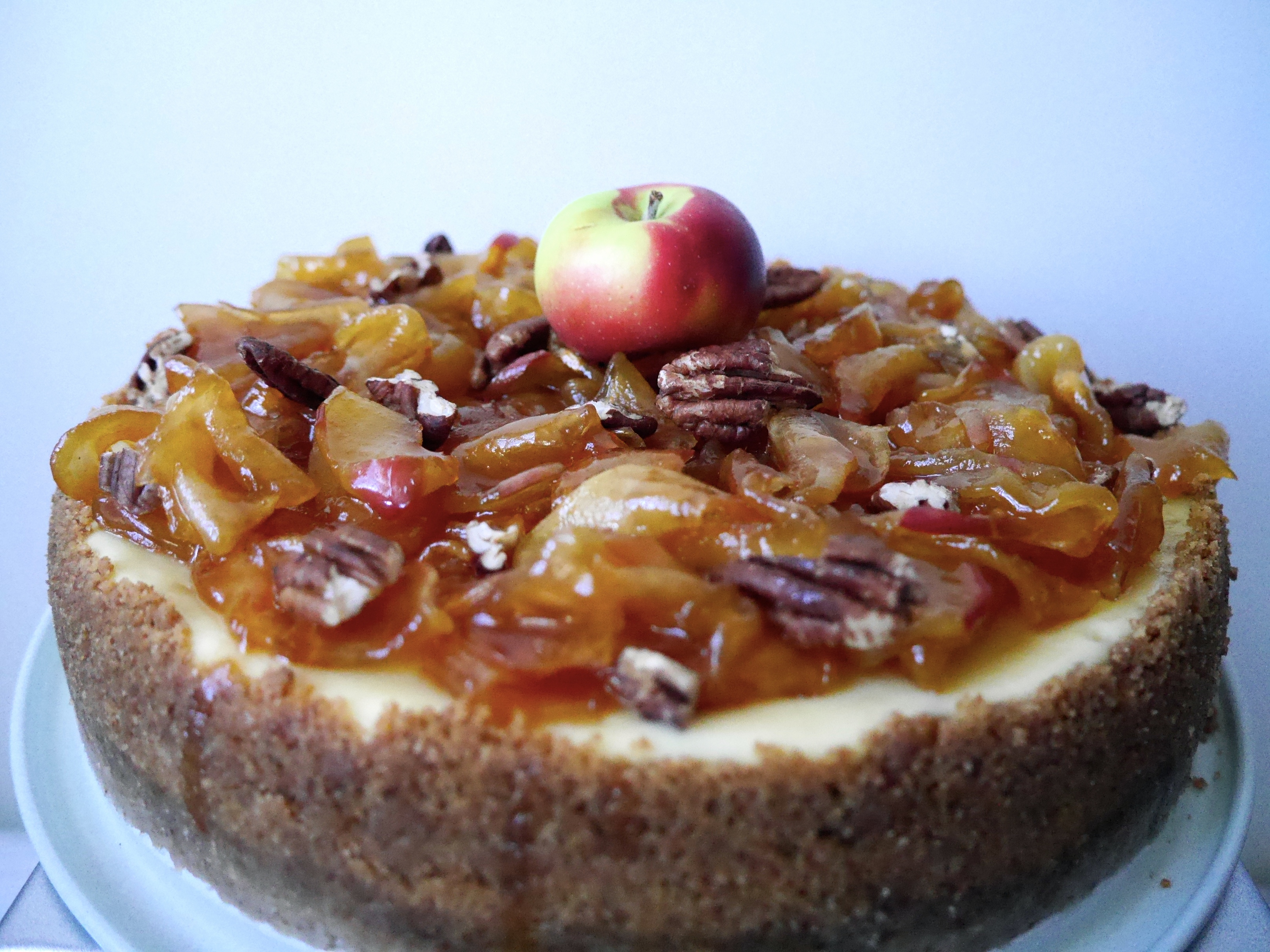 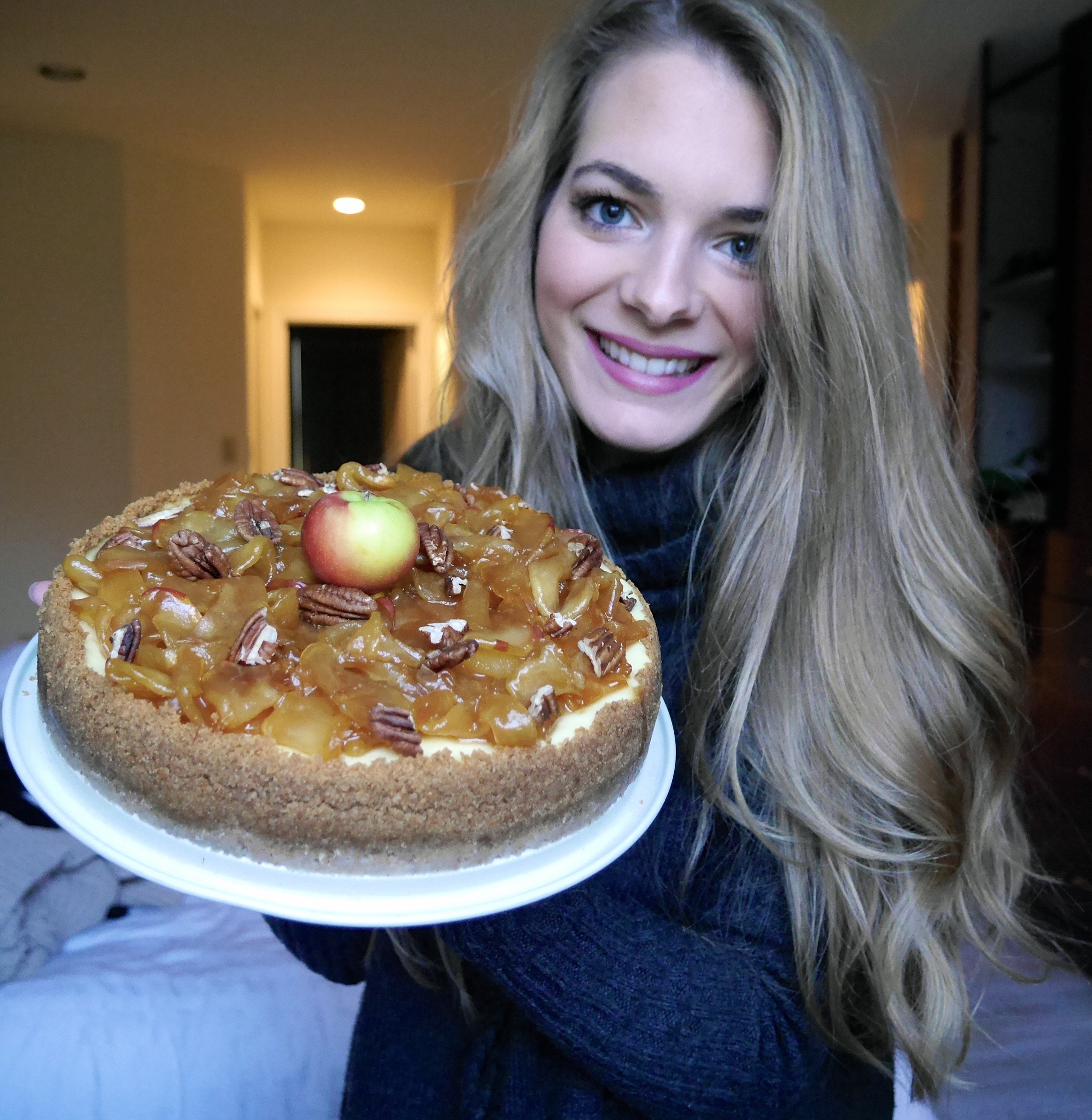 Me with my masterpiece! 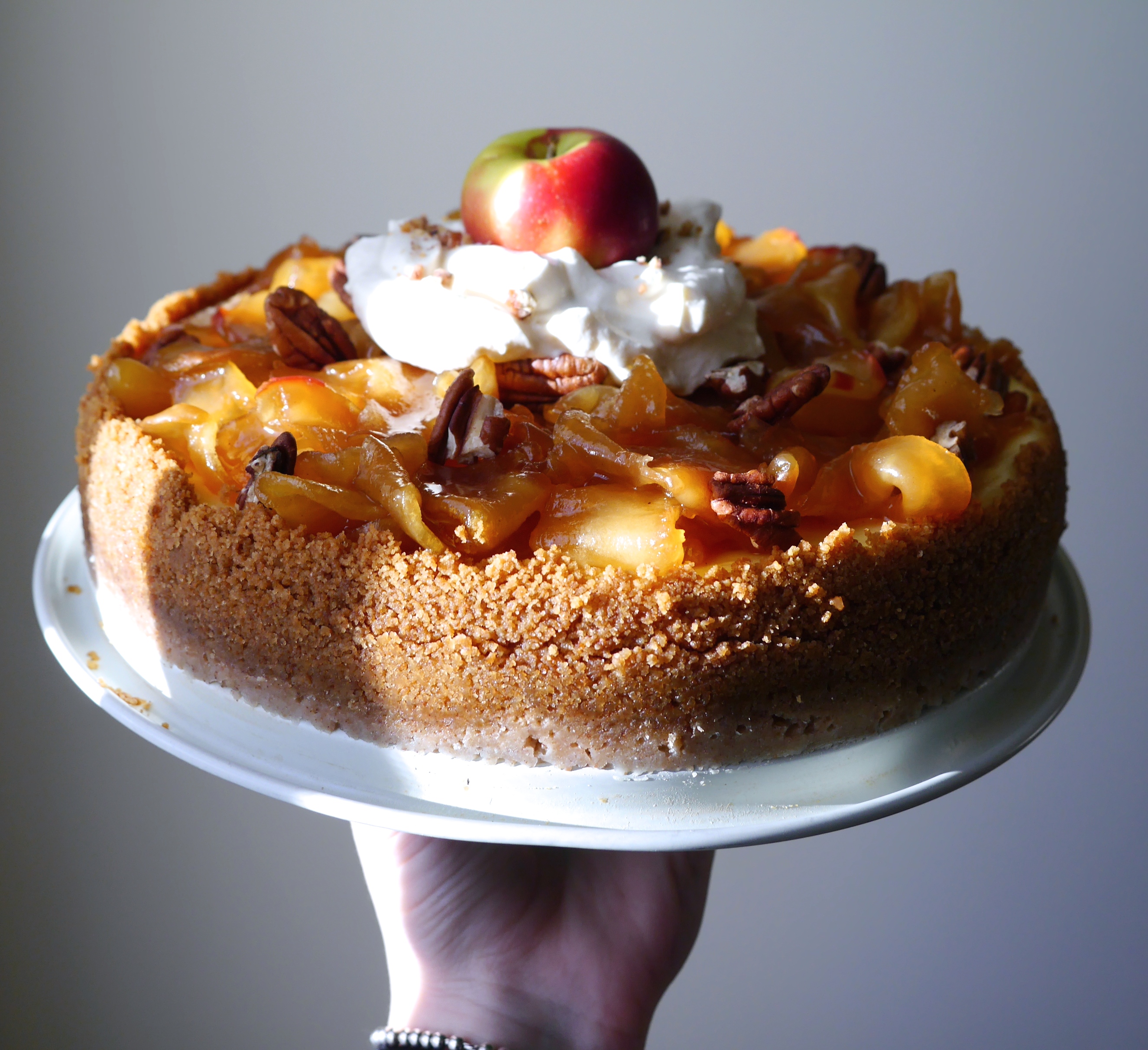 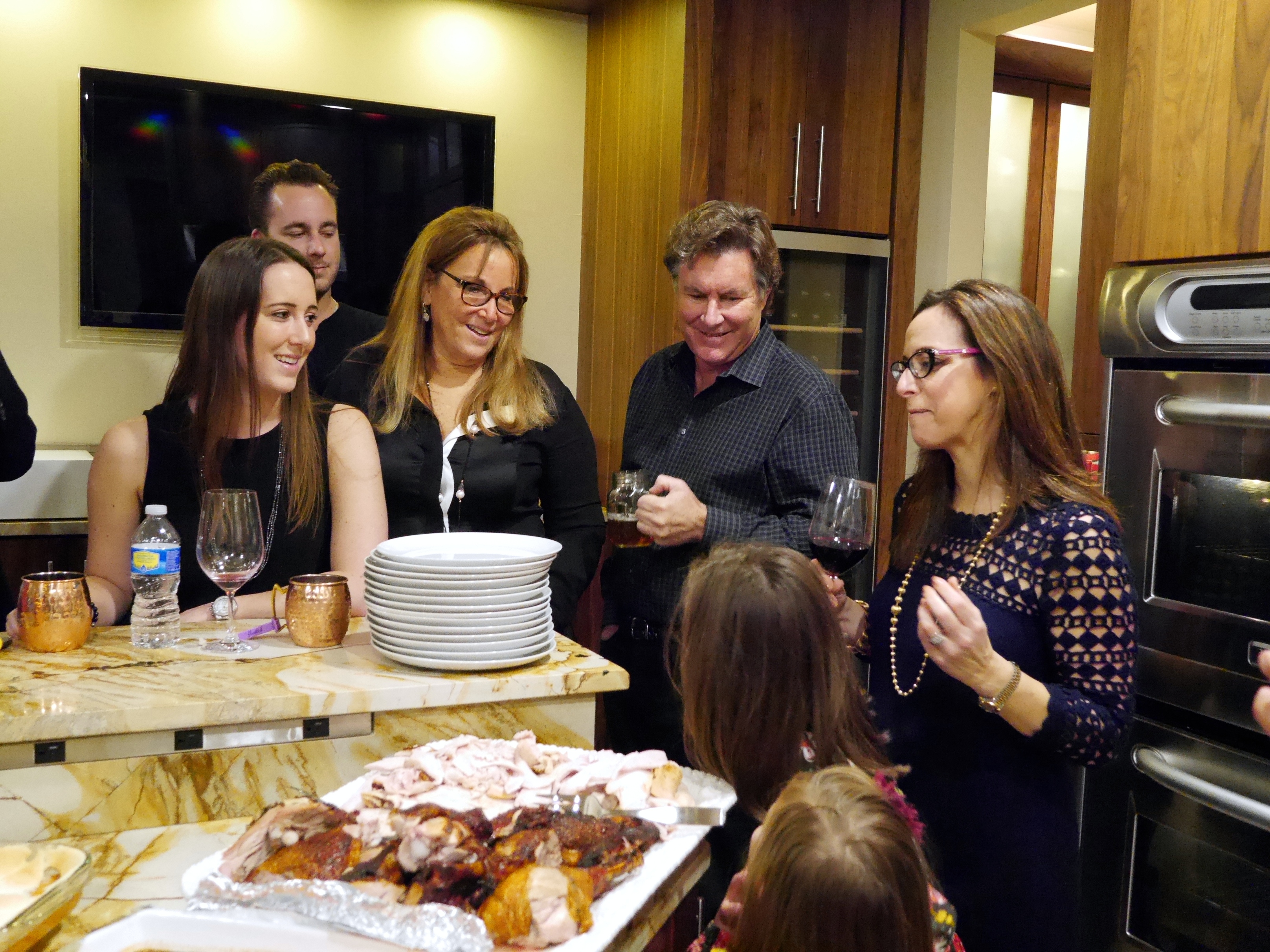 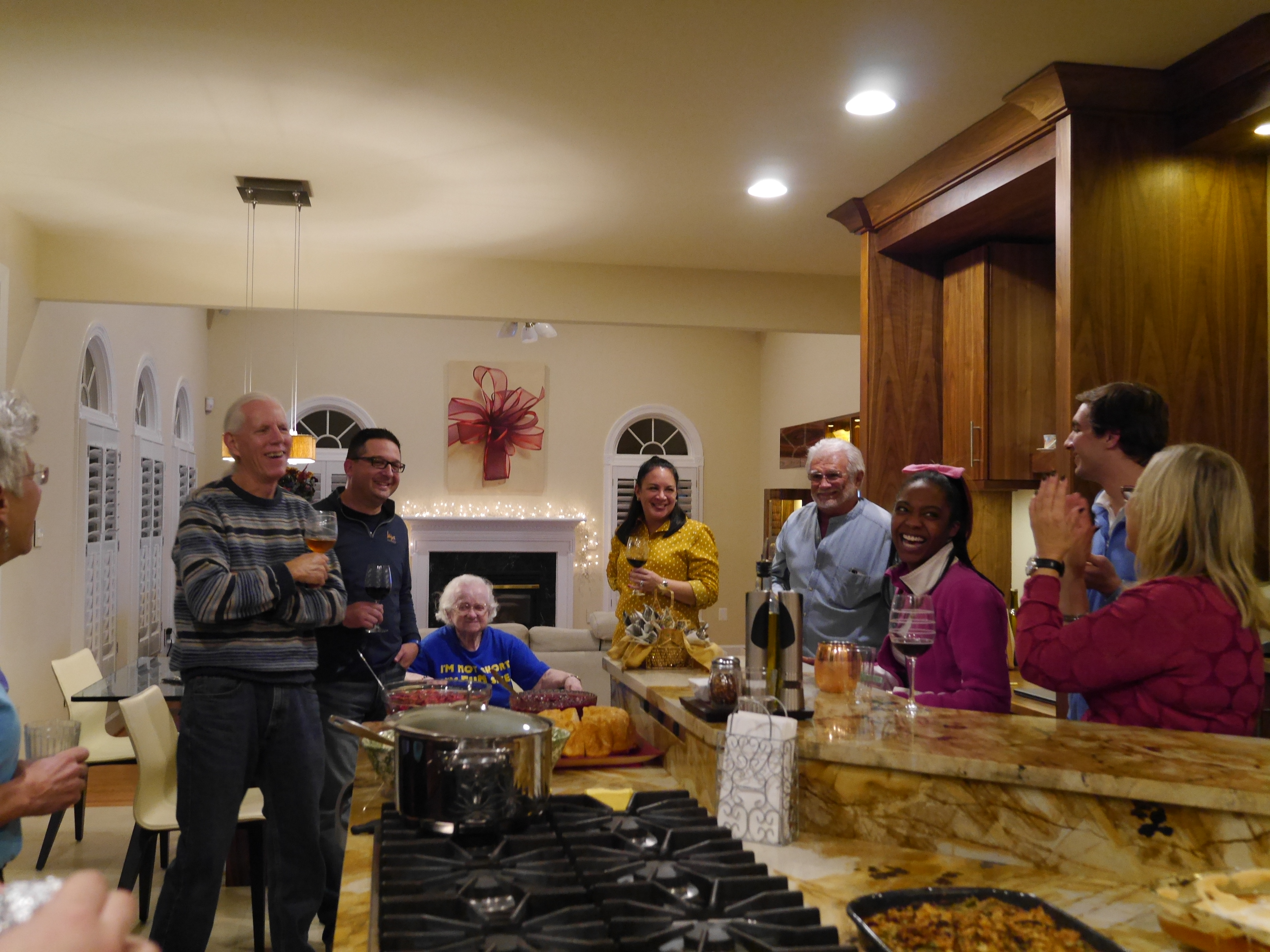 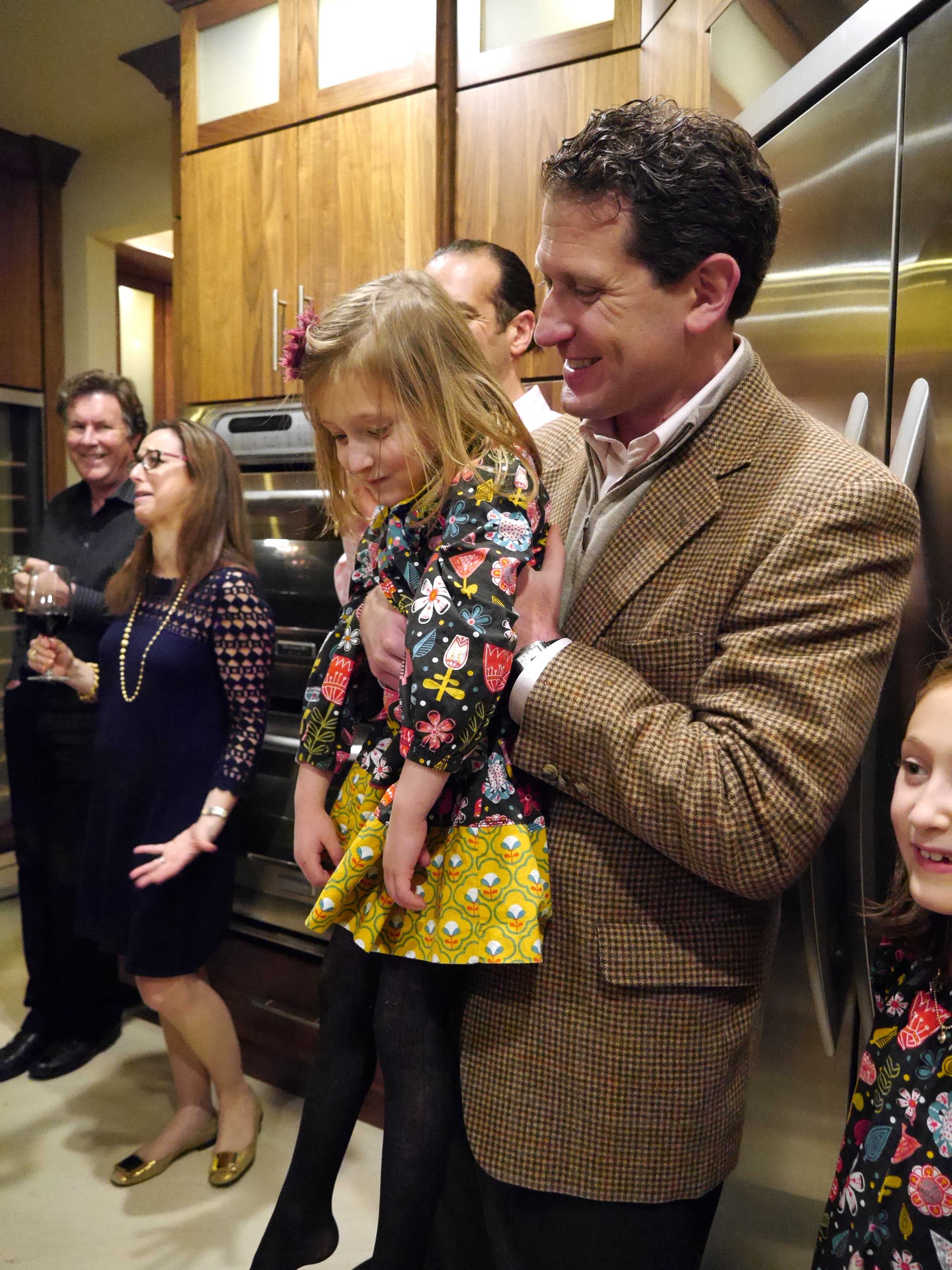 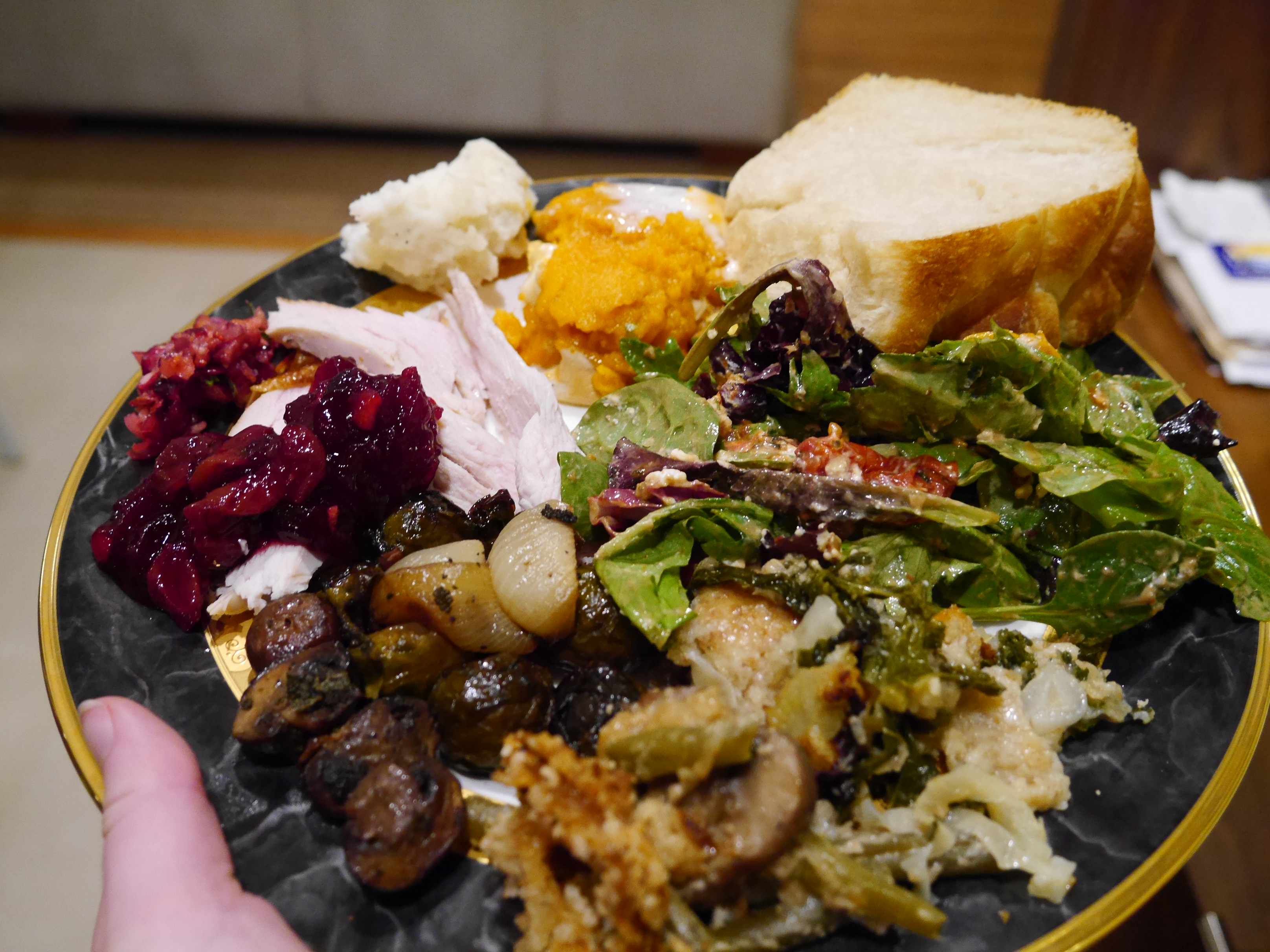 The rest of Thanksgiving went exceptionally well. We all went around the room and talked about what we’re thankful for, and everyone melted when 5 year old Lily said she was thankful for her sister *awwww*. Naturally I nearly passed out I ate so much, but it was worth every bite.

I hope everyone else had a great Thanksgiving, we sure do have a lot to be thankful for!