*Sigh*, I’m sitting in the same chair I’ve been in since 9 and trying to prepare for my final final. It’s hard to believe that senior year is coming to a close, and just one exam is in between me and never taking a college course again! (remind me of this when I decide to attend grad school)

I wish I could be one of those people that dons leggings and an oversized sweater, hair in a perfectly messy topknot, and heads to the coolest coffee shop to study. No, I’m the girl in xxl sweatpants who’s been in the business building for the past 48 hours while watching graduating seniors chug the cheapest beer they can find as part of their campus crawl. It’s not pretty.

Minus the cute outfit, I did head to Greenberry’s for a quick bite to eat last week where I had the most delicious veggie panini I’ve ever tasted. Toasted buttery sourdough encased grilled veggies and melted goat cheese, and I was determined as part of finals week procrastination to not only recreate, but make it better. 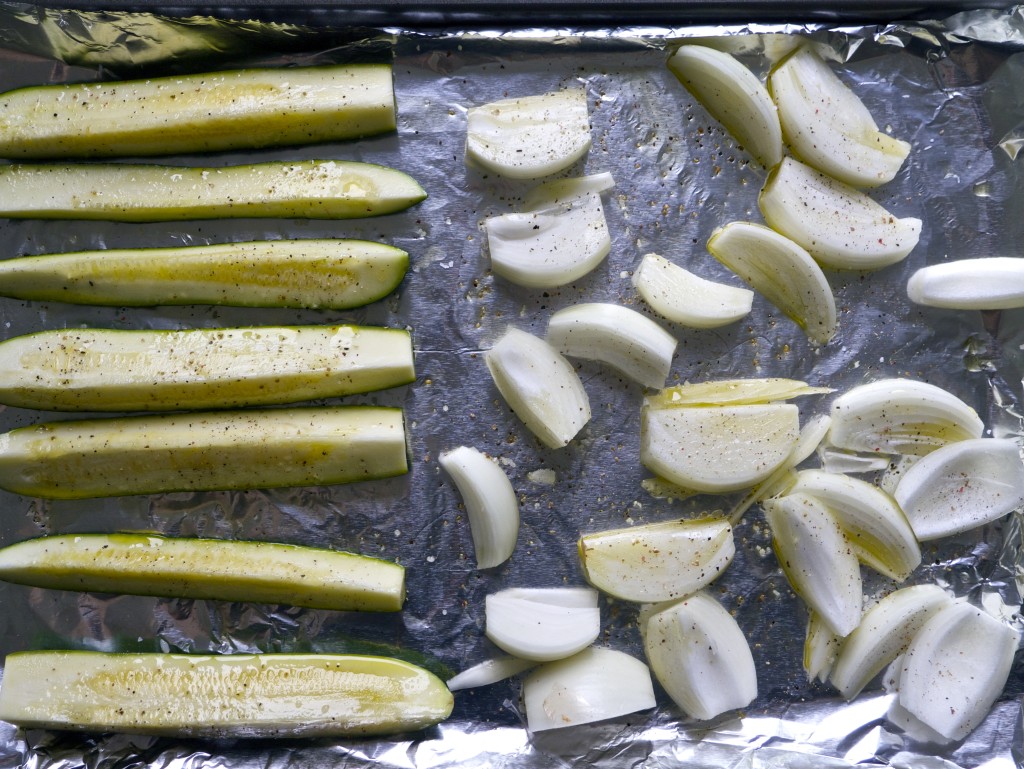 I don’t have a grill, so I tossed zucchini and onions with olive oil, salt, and pepper and roasted them until golden. The onions melted and became almost confit-ed in the oil; I had to stop myself from eating them all before I made the sandwich! 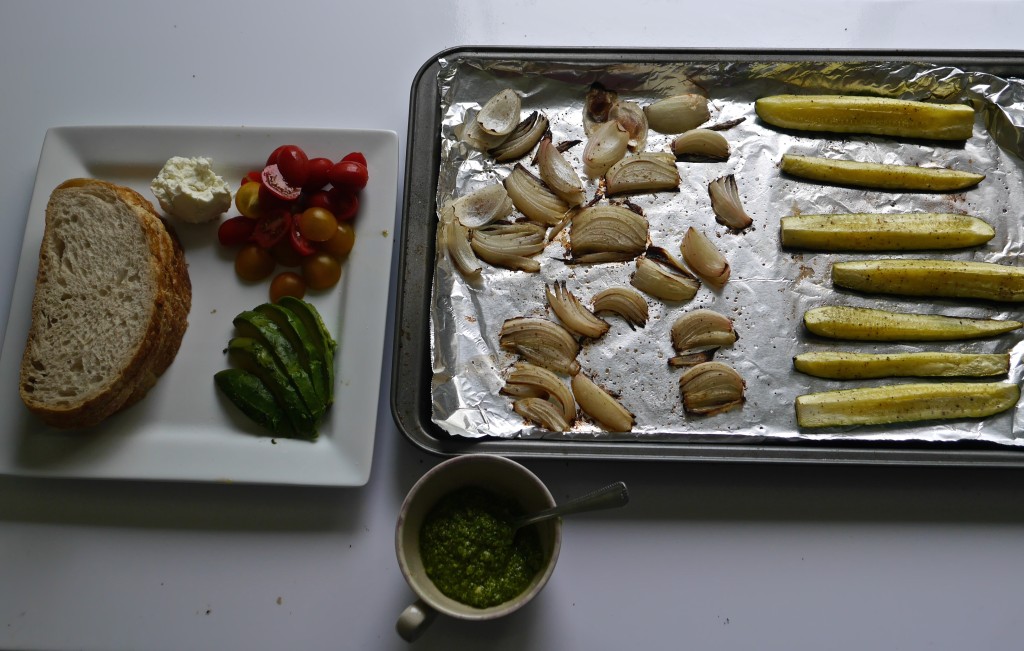 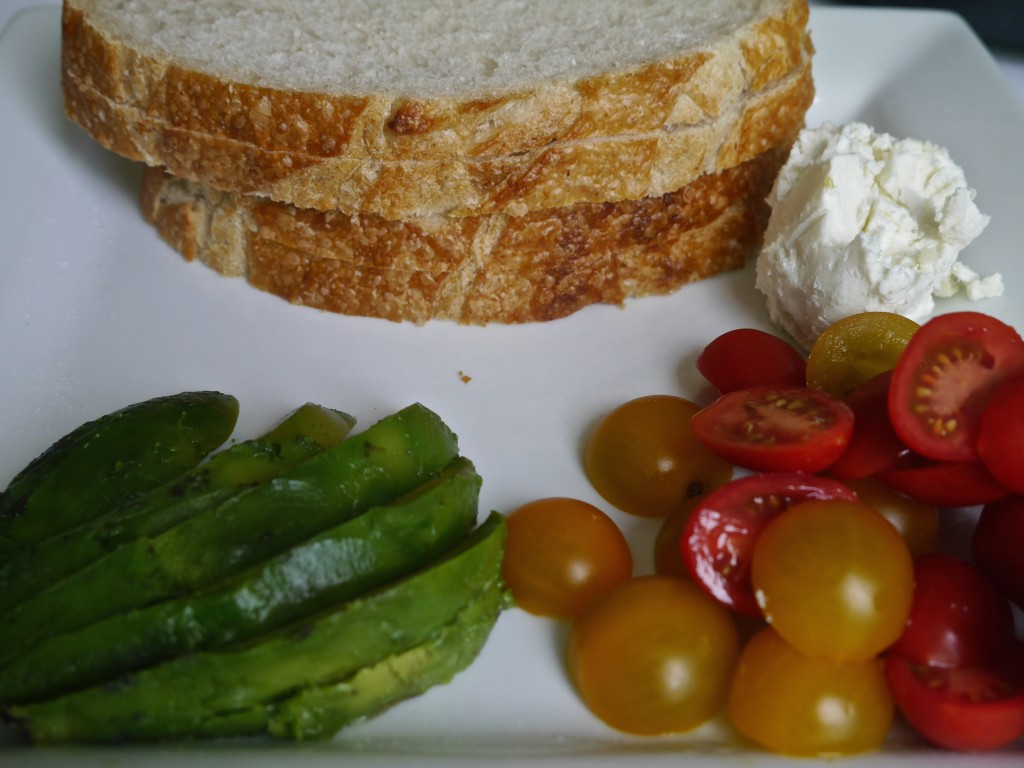 So far sounds like something you may be interested in? If so, slice up an avocado, chop a few tomatoes, and grab a log of tangy goat cheese. 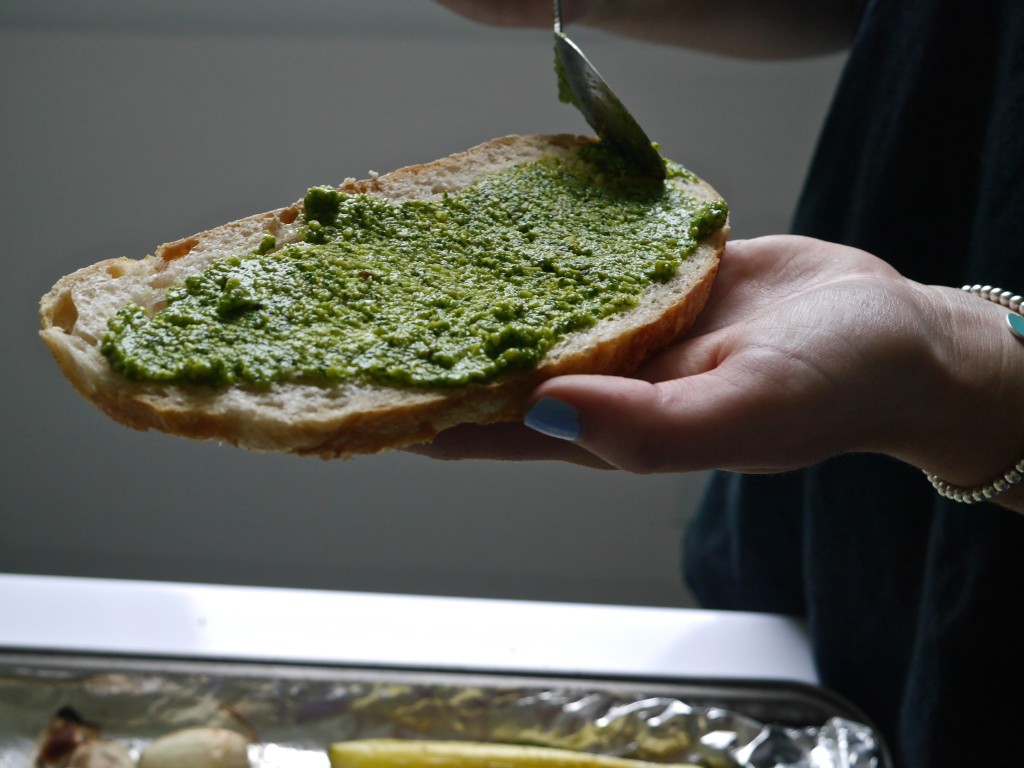 Spread fresh sourdough with pesto, I used my Spinach Walnut Pesto recipe!, and layer with your veggies. 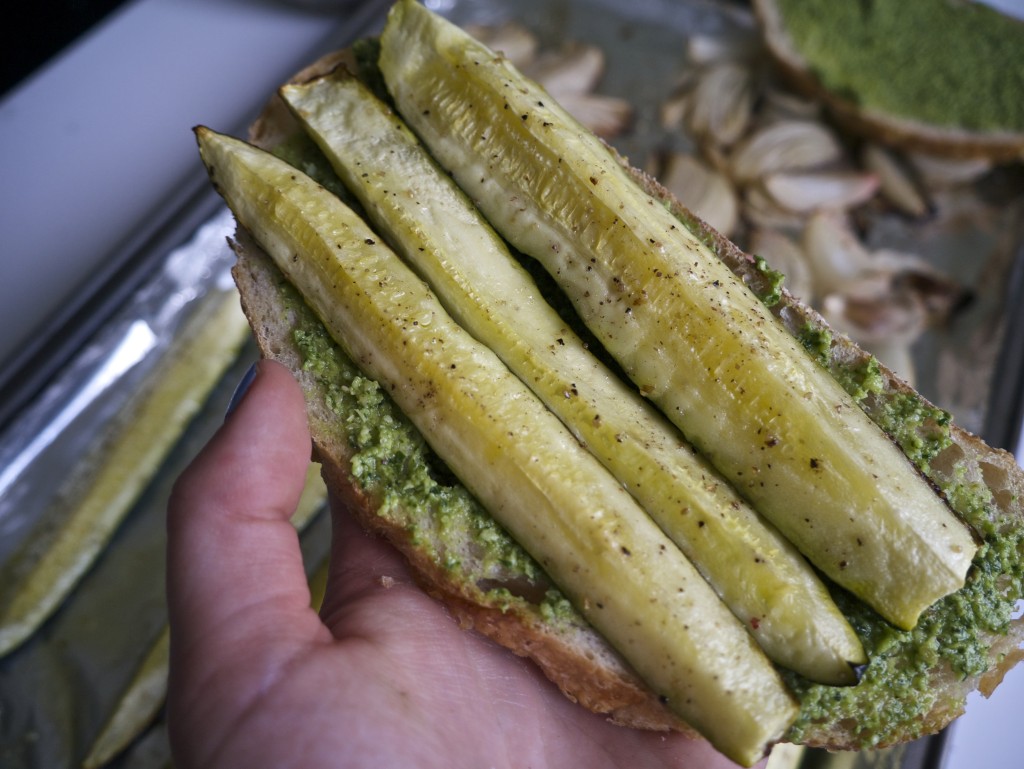 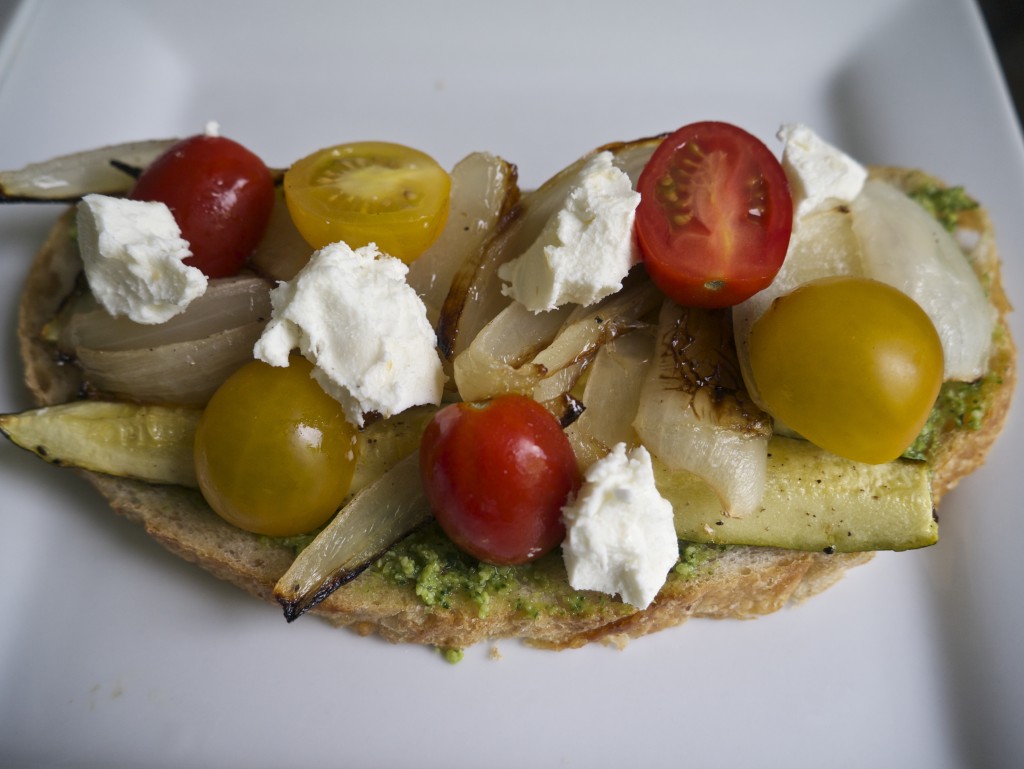 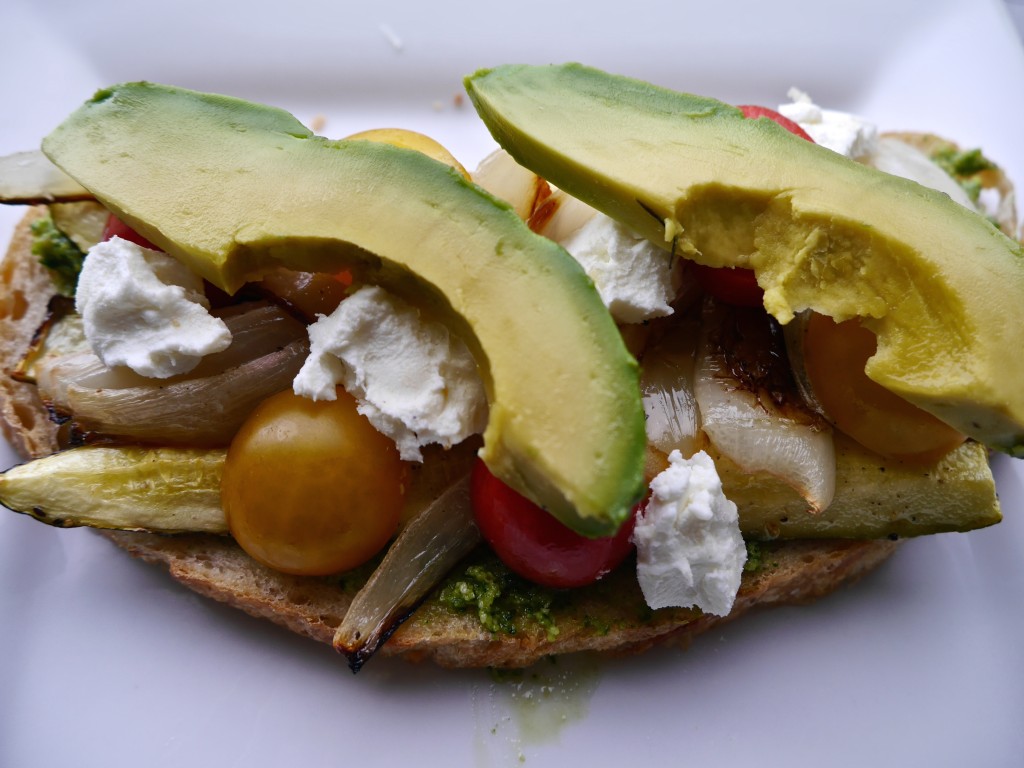 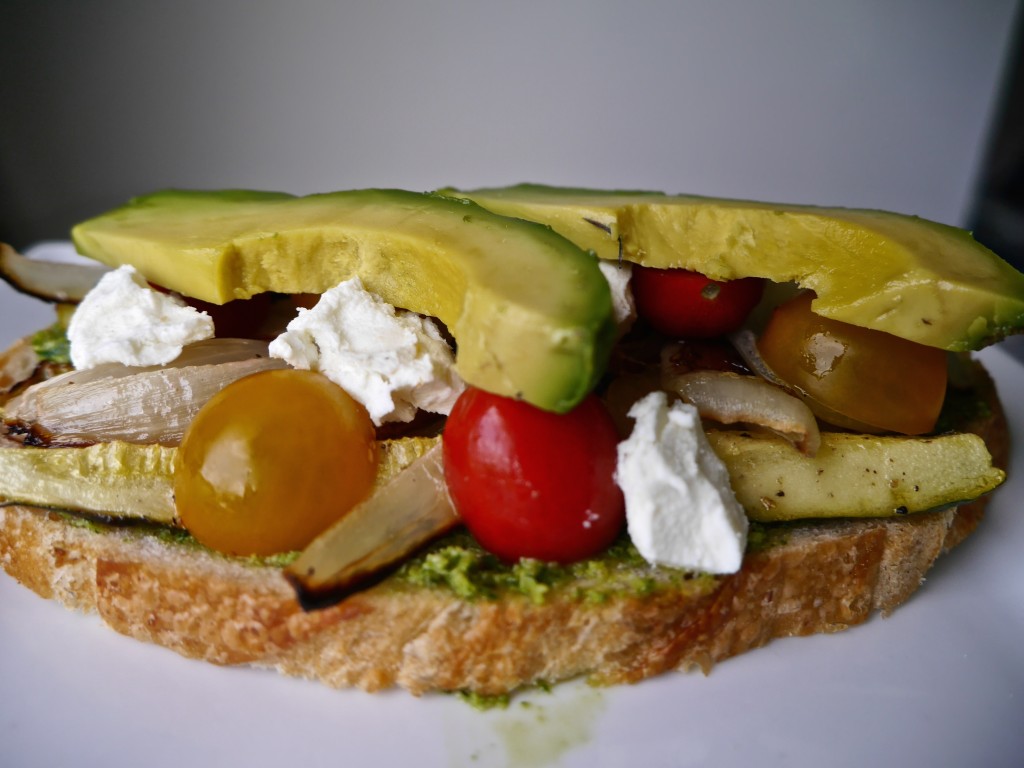 Now, the sandwich is perfectly good, alright downright delicious just as is. But, if you decide to sear it in a little butter it becomes incredible. 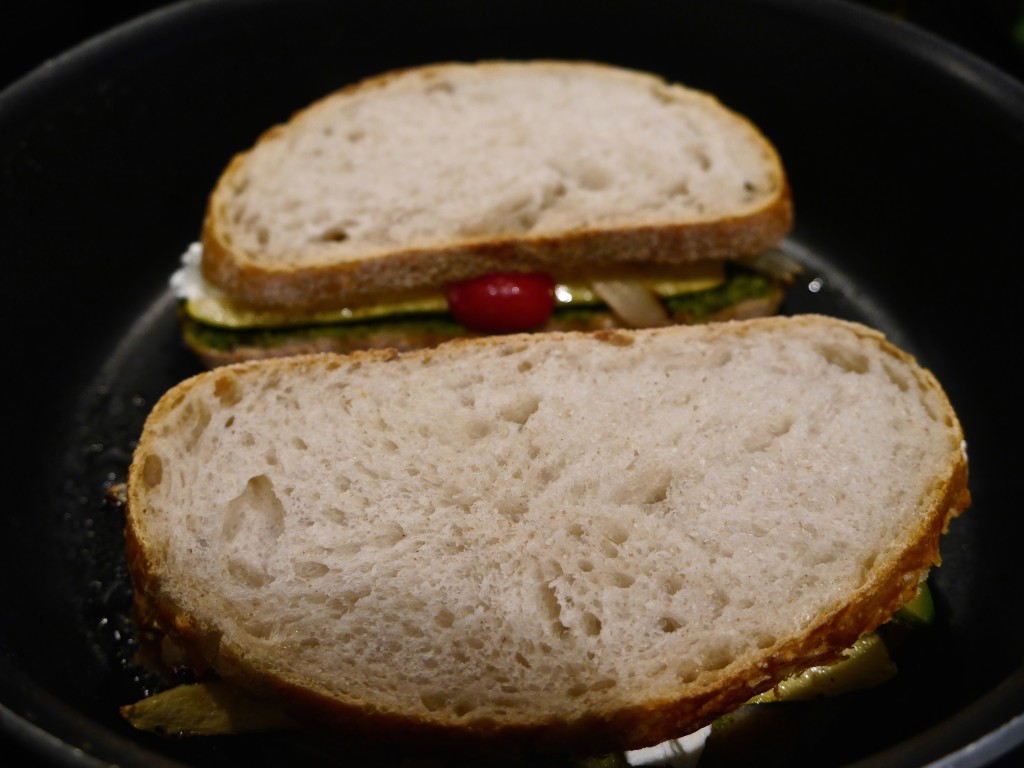 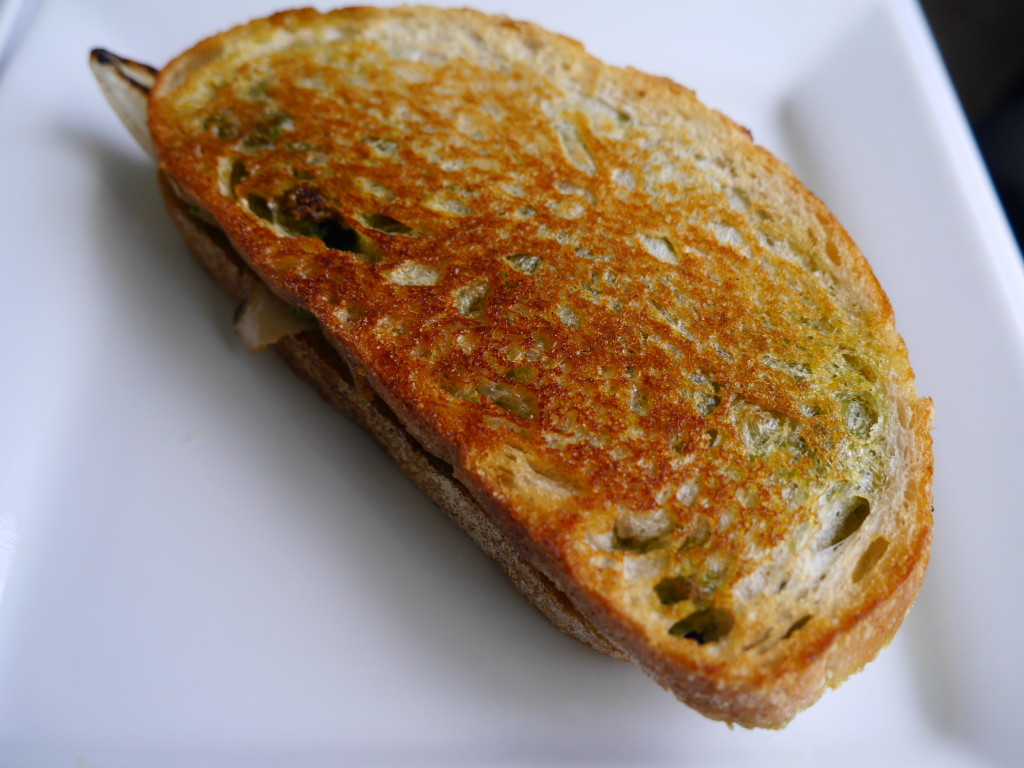 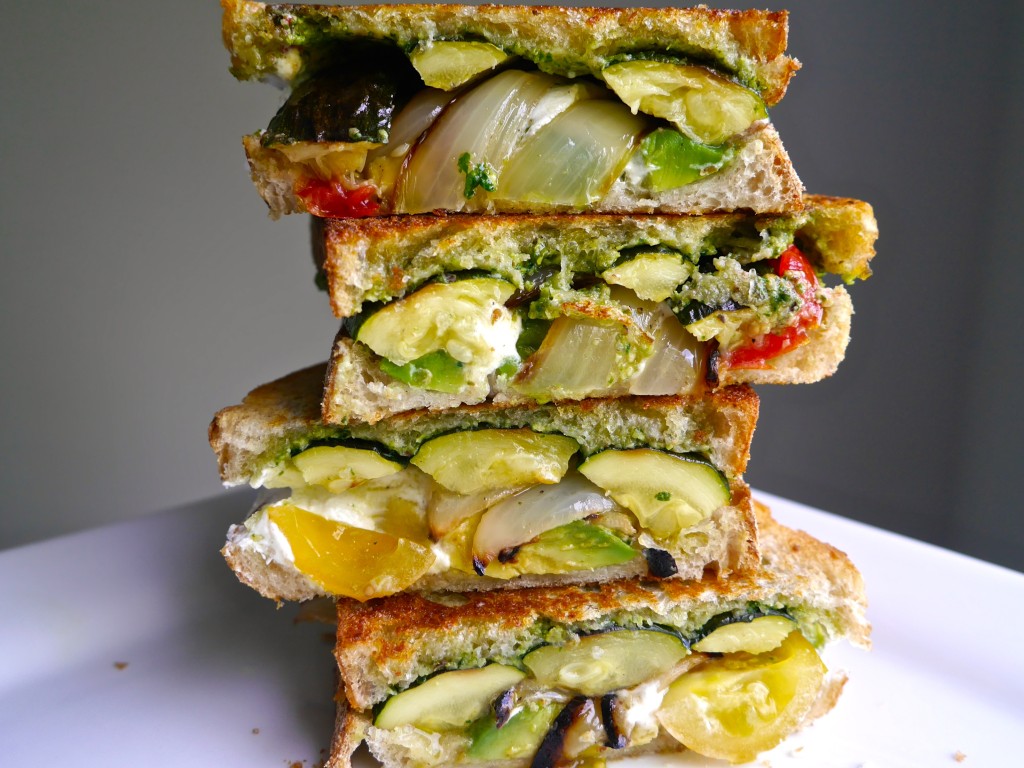 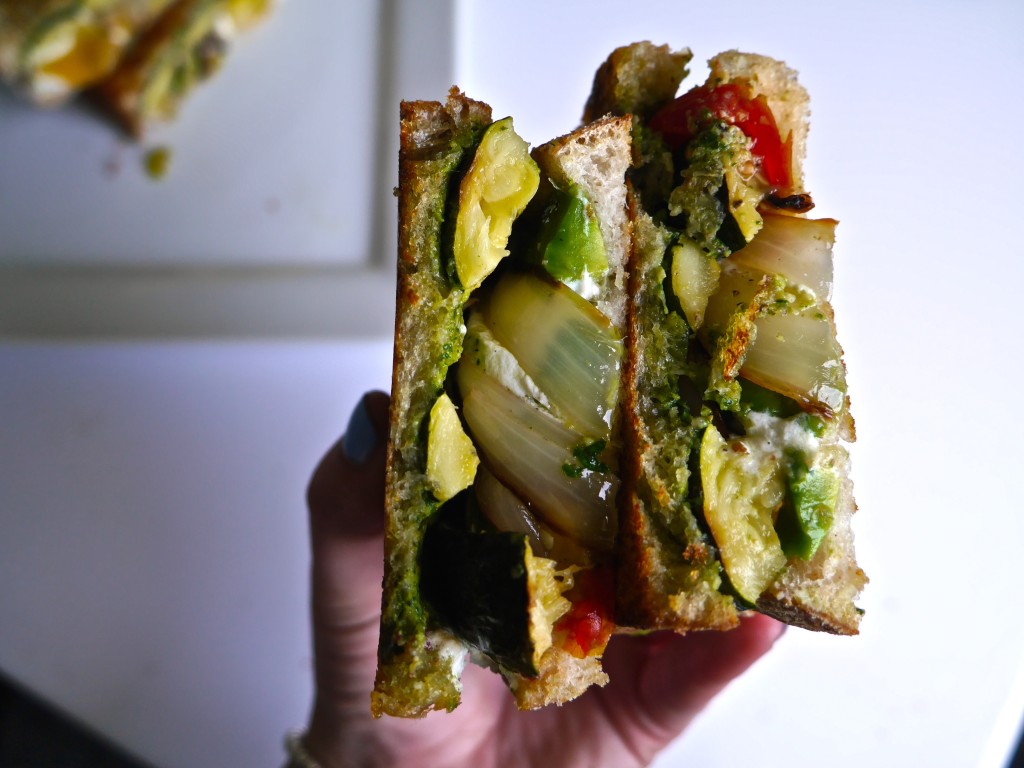 This makes an amazing lunch, just wrap in foil and you’re good to go! Way better than any $5 footlong I’ve ever had 😉