Every winter when I was a kid and I would catch a glimpse of snow flurries, my brother and I would turn our pajamas inside out and flush ice cubes down the toilet in the hopes that school would be cancelled. With the passing of each 30 seconds, we would sprint to the window to see if magically 12 inches had accumulated since our last check.

When we finally found out school was cancelled the next day, my mom would allow us to try to make bowls of our favorite, Kraft Spongebob Mac n’ Cheese. If you don’t know what I’m talking about, think Spongebob, Gary, and Patrick shaped pasta with a powdered neon orange cheese packet that had neither a taste nor texture resembling real cheese.

Not much has changed since those days; I still occasionally turn my pj’s inside out and feign innocence when anyone asks why… and I’ve definitely considered flushing some ice cubes down the toilet to have any chance of not going to my 8 am physics class, but thankfully my taste in mac n’ cheese has improved.

I had my first bite of lobster mac at Scarpetta, the brain child of Scott Conant (my ultimate man crush) in Miami, and have been hooked ever since. 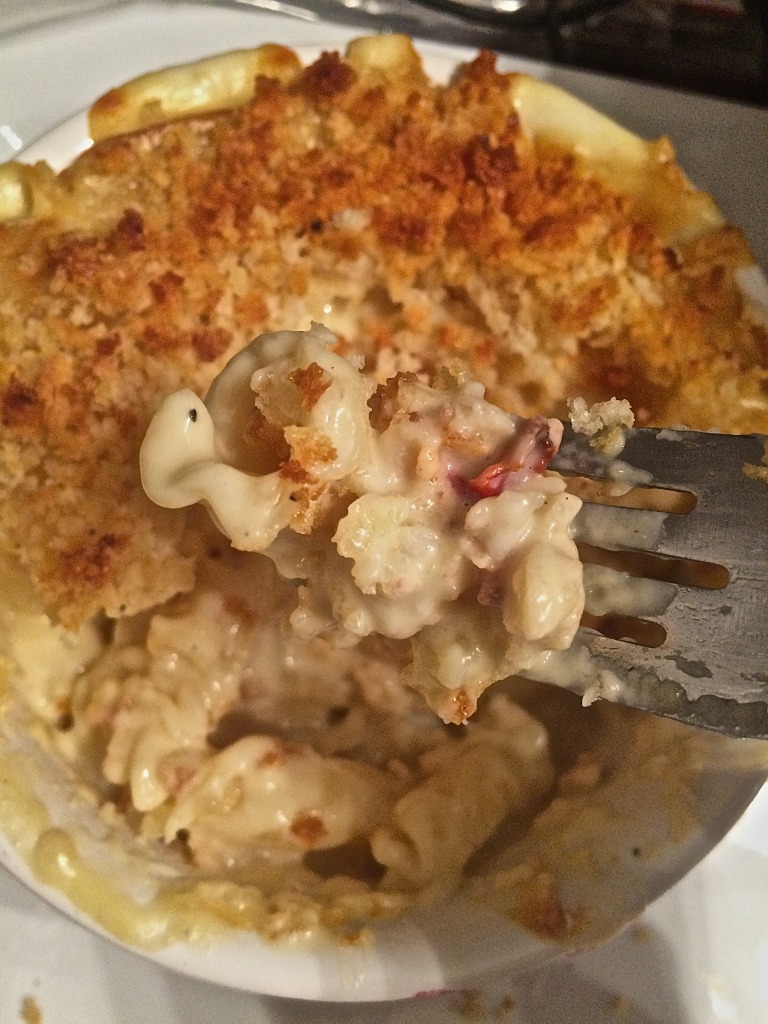 I think this picture explains why. Decadent gruyere and cheddar mac and cheese weaved through with chunks of meaty lobster, all topped with buttery bread crumbs. Almost too good to be true. 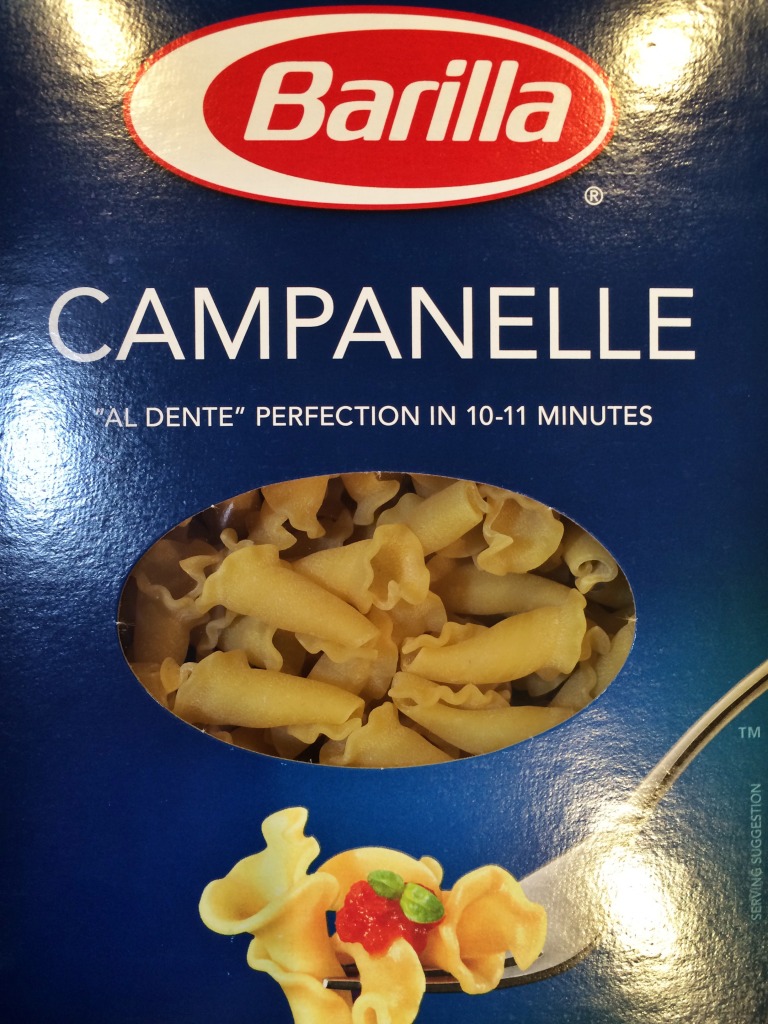 You can use any pasta for this, but I figured for such a decadent dish I might as well use the most opulent pasta shape I could find.

Pop half a box in boiling, salted water until al dente, drain, and set aside. Campanelle, meaning ‘little bells’, were just the right choice to carry the melty gooey cheese. 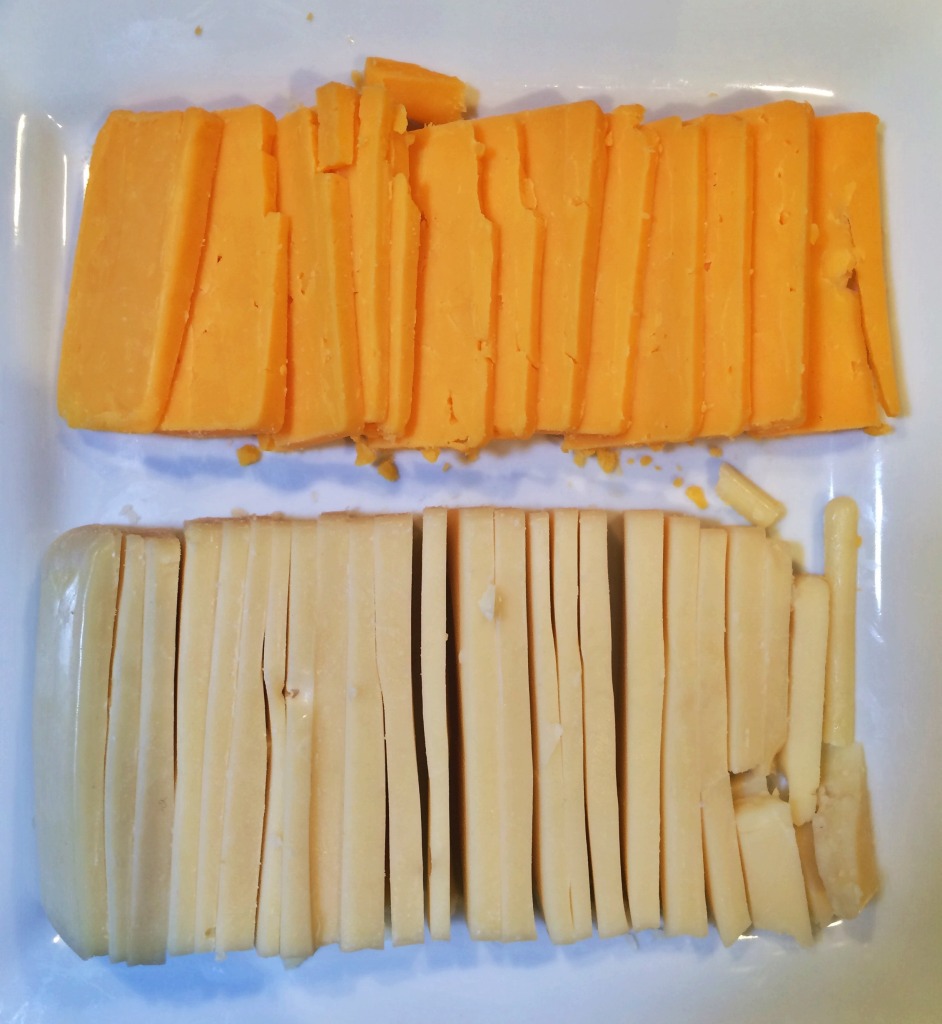 Speaking of cheese, slice up some gruyere and extra sharp cheddar and set aside, after tasting to make sure it’s up to your standards of course. 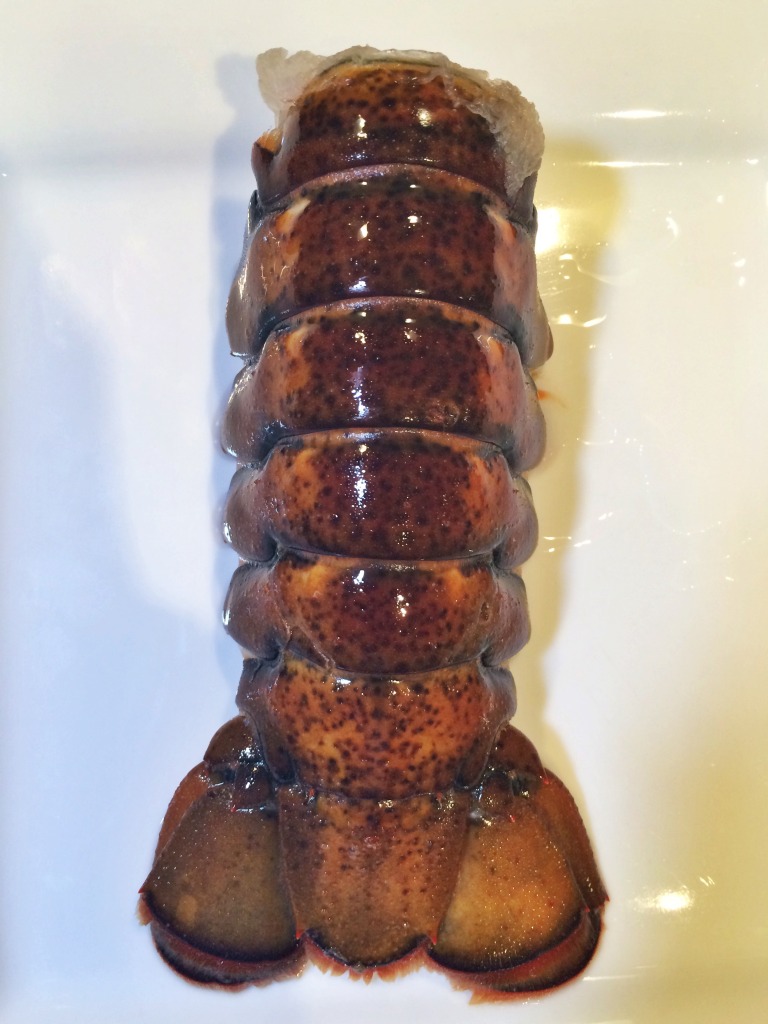 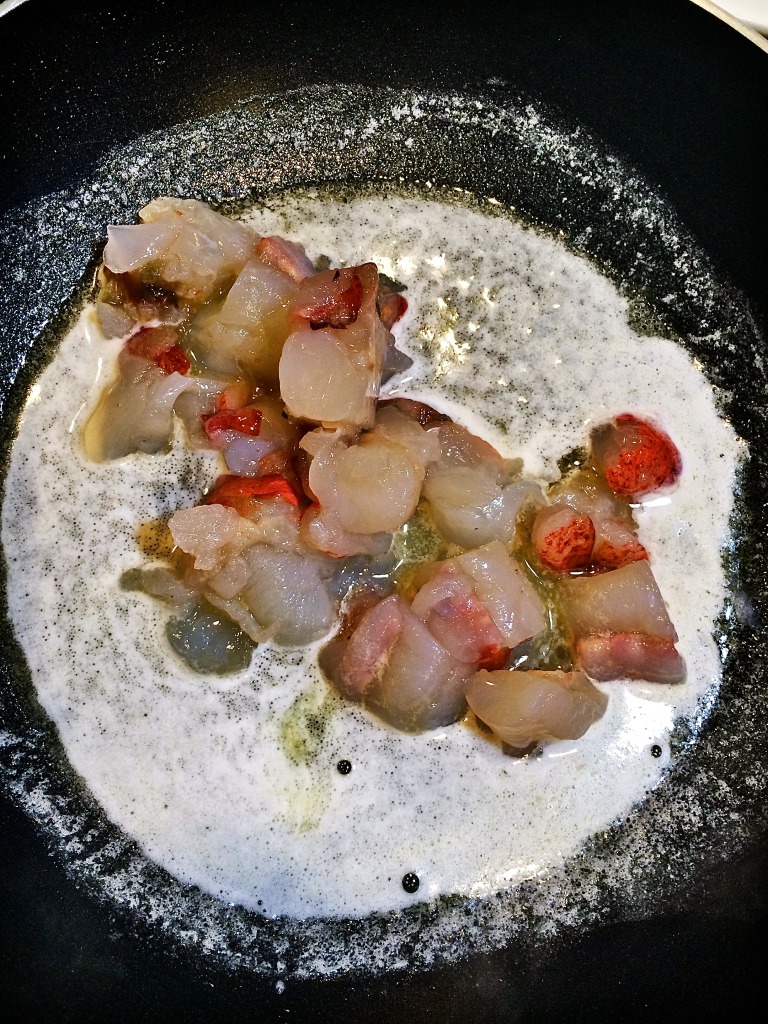 Chop up the meat from a lobster tail, and melt a few tablespoons of butter in a pan. Toss in the lobster and poach in butter until opaque and almost cooked.

We poach the lobster in butter to infuse the butter with the delicious lobster flavor, because then the lobster flavored butter then becomes the base of the cheese sauce. Did I use the words butter and lobster enough times?? 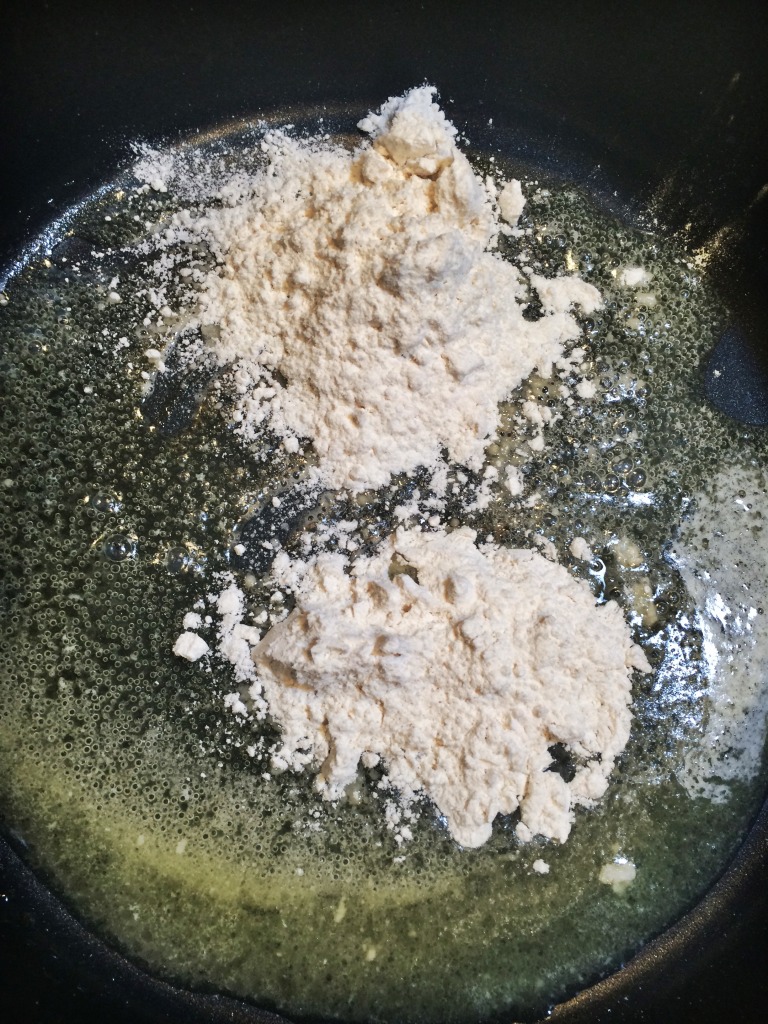 Remove the lobster from the butter with a slotted spoon, and add in a few tablespoons of flour. Stir with a whisk over low heat for two minutes, to make your roux.

While the flour is cooking, put the milk in a saucepan and warm, but don’t let it boil. 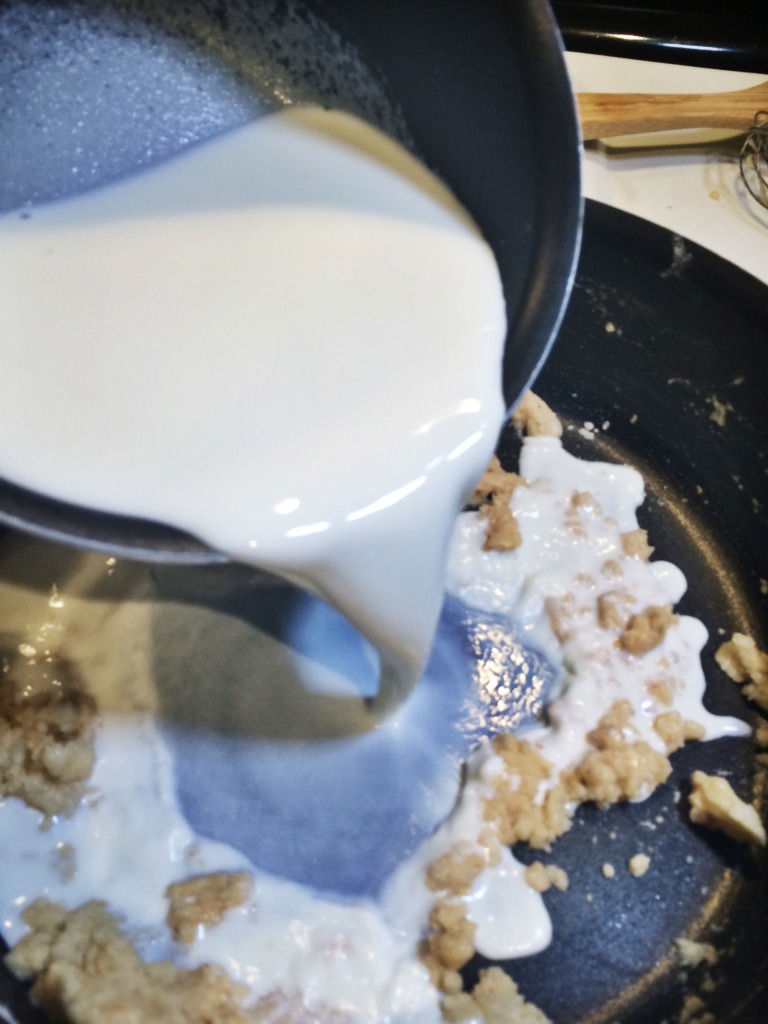 Gradually whisk in some of the warm milk into the flour, until everything is smooth and creamy. 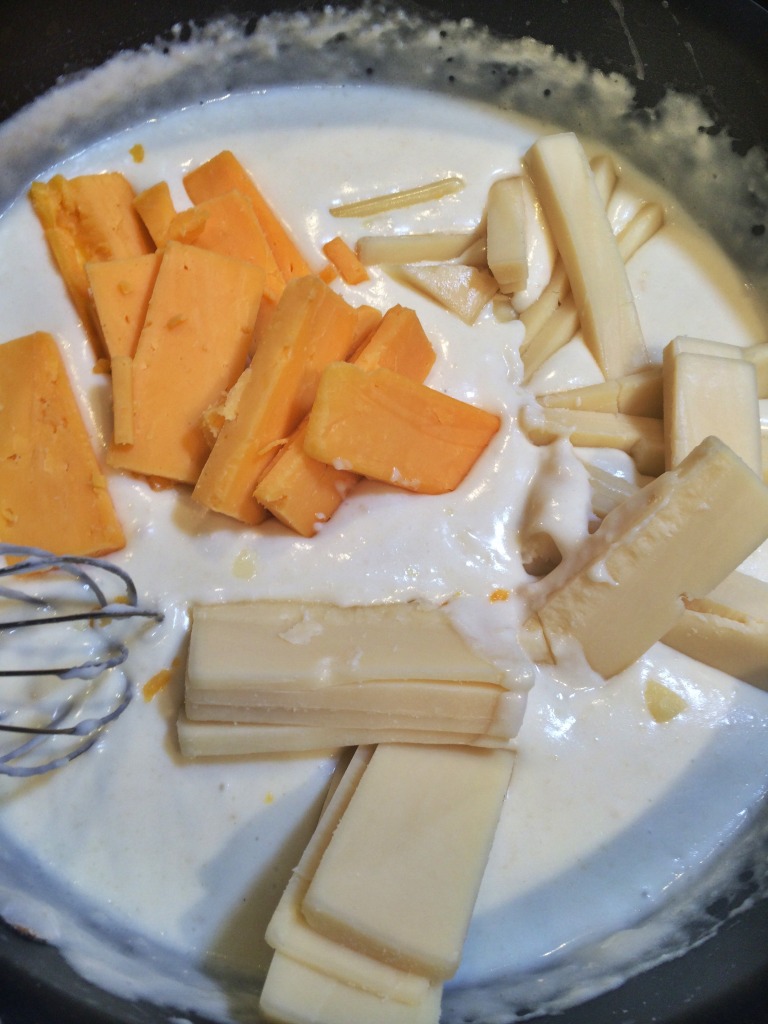 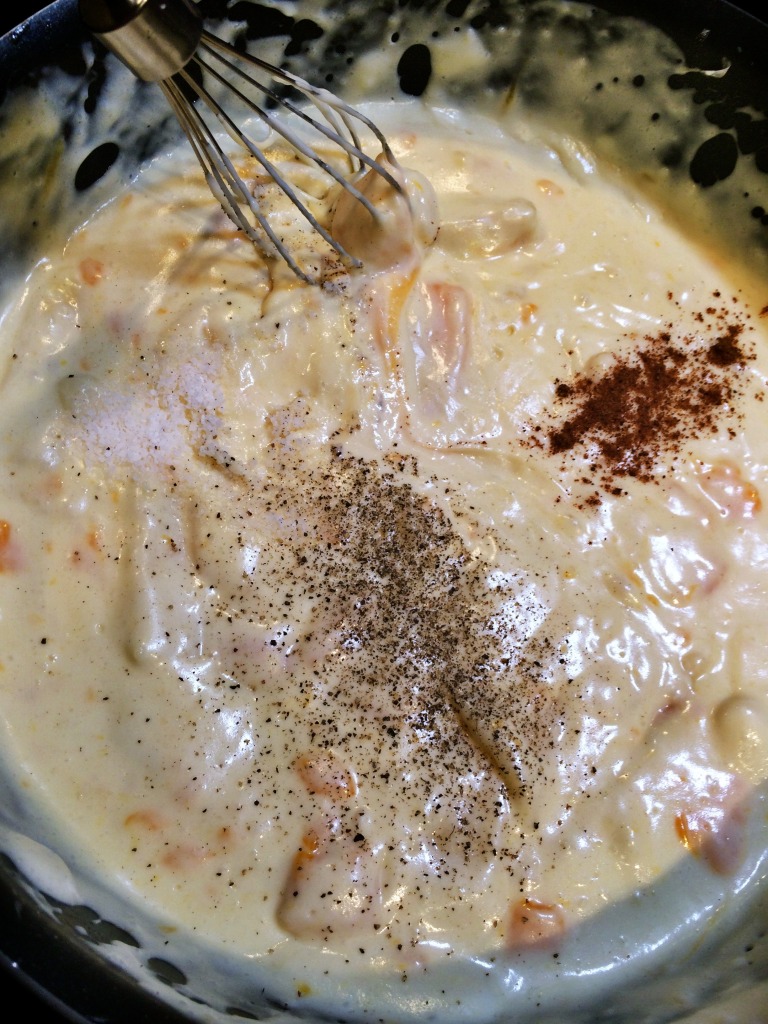 Add in your cheese, some salt, pepper, nutmeg, and a dash of cayenne if you like a little kick (yes you do). 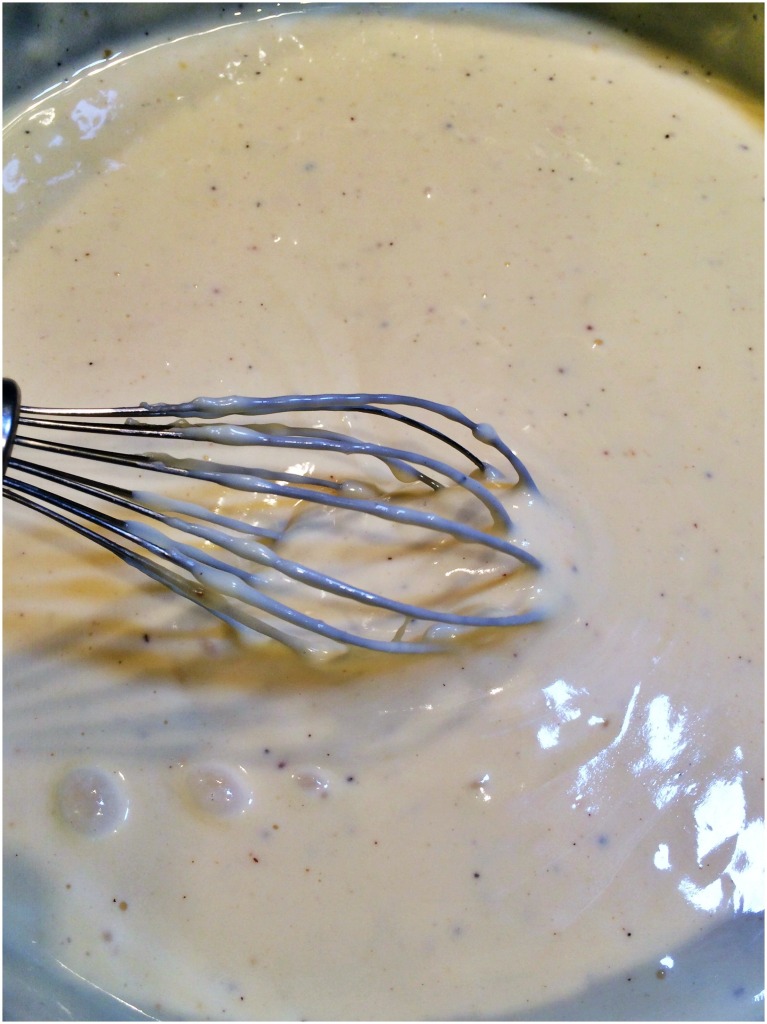 Mmmm look at that creamy goodness. 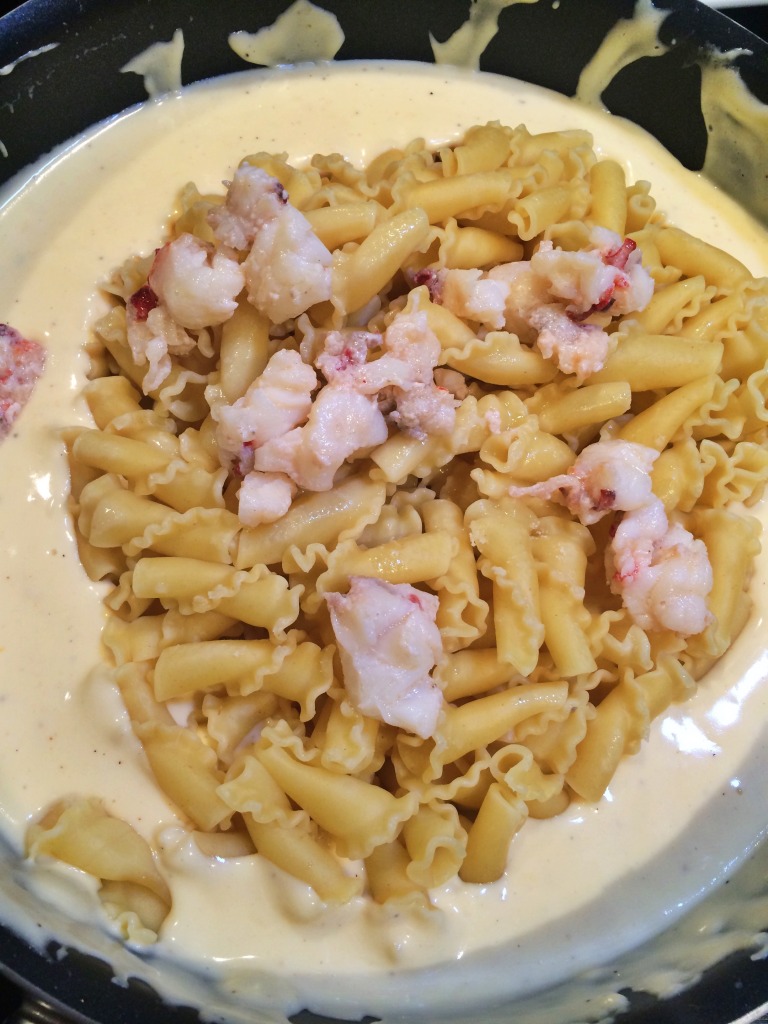 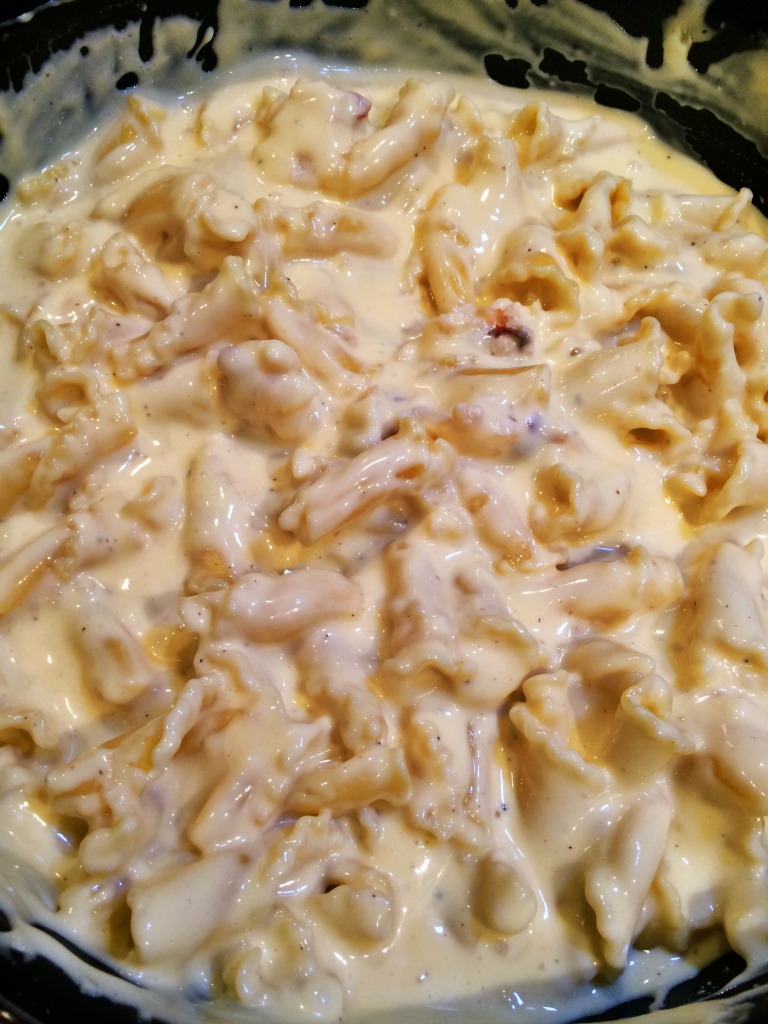 Stir in your pasta and lobster, and toss until everything is coated. 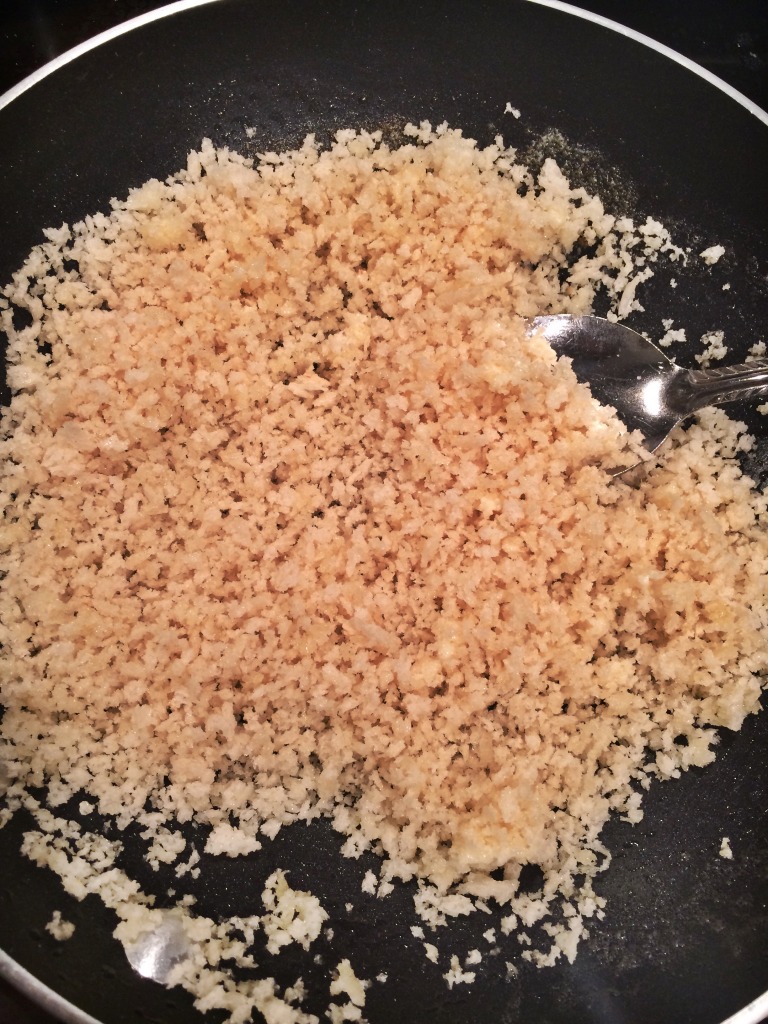 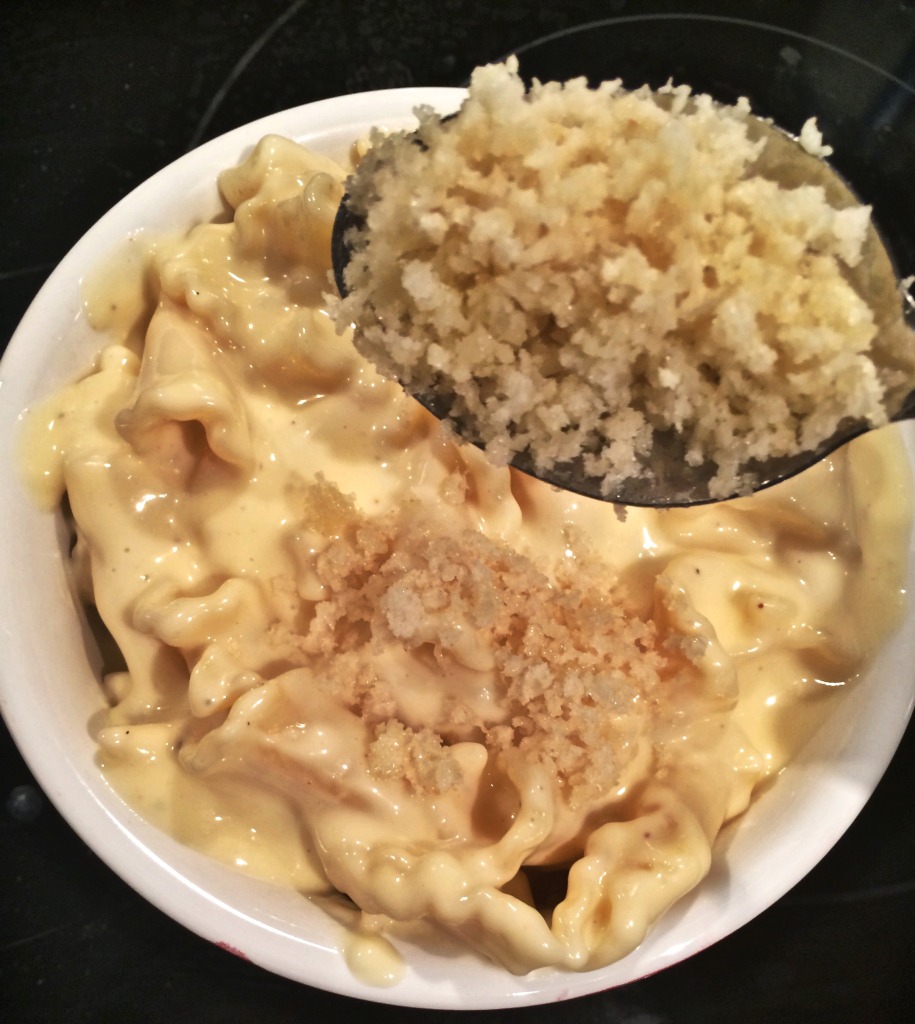 Melt butter in a saucepan, mix with Panko bread crumbs, and cover your mac and cheese with the mixture. Pop in the oven for 30 minutes or until golden and bubbly like so: 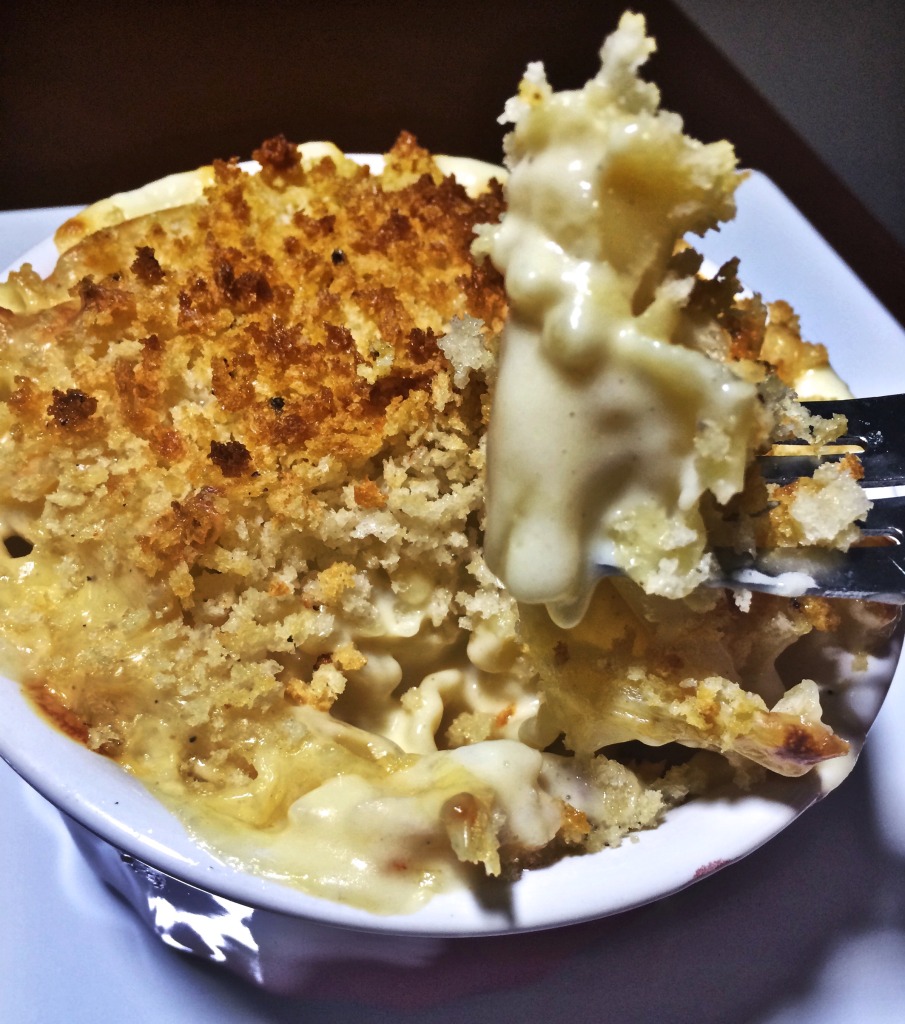 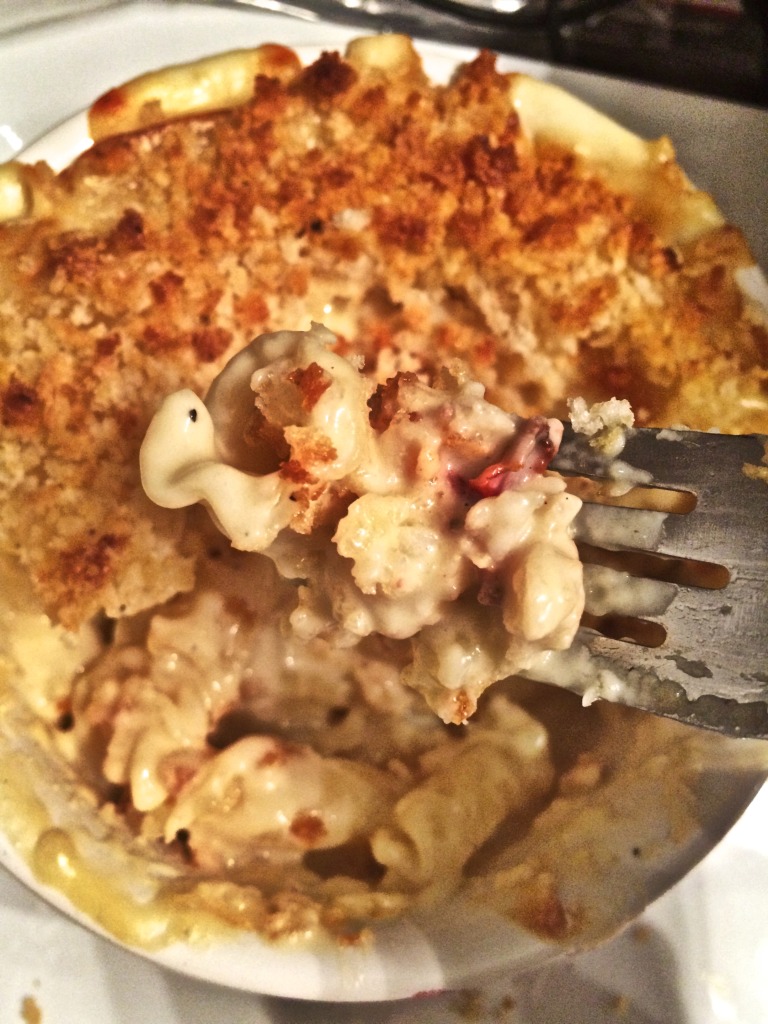 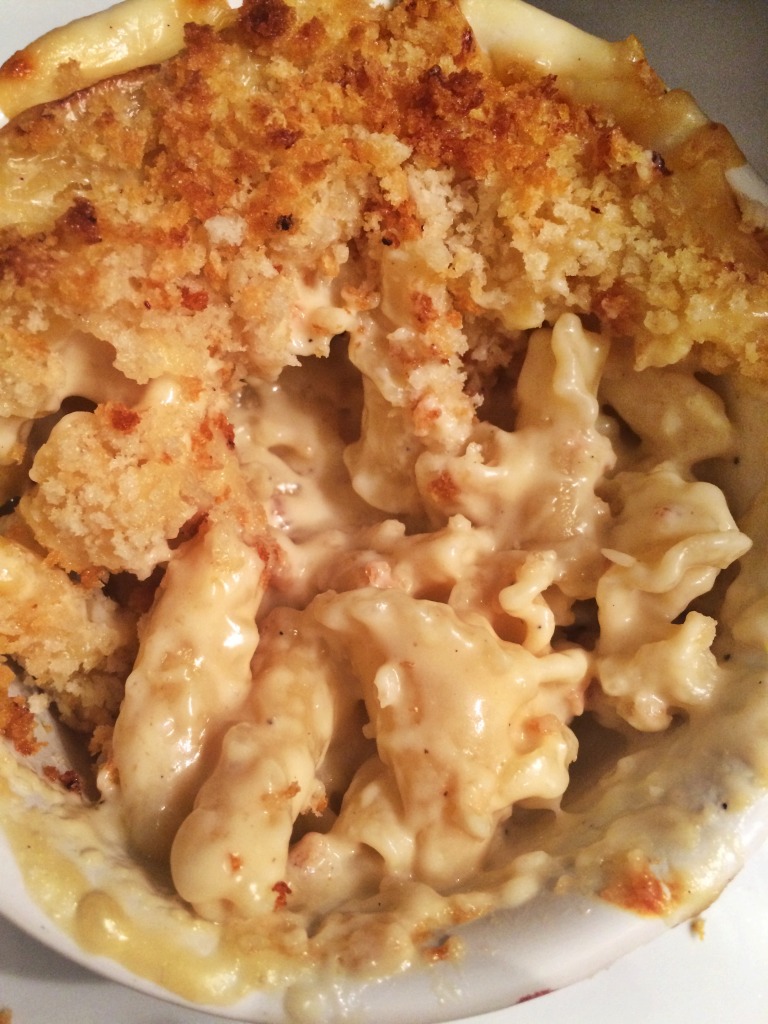 Do you hear angels singing in the background or is that just me??

If you’re worried about this being an expensive dish, keep in mind I used just one lobster tail to feed two people which came out to $5 a person. Of course you could use more if you can afford it, but you don’t need to!

This is the perfect side dish or you can make it a main (my choice) by adding a simple green salad and a bottle of wine of course!

Also, in case any of you are wondering why my photos are looking  (hopefully) a little clearer and brighter lately, I bought a light that mimics natural light for my kitchen! Here is the link for the one I have, and if you have a go pro Knog [qudos] ACTION Video Light for GoPro, Black

Lobster Mac and Cheese (feeds 2 as an entree, 4 as a side) recipe adapted from here