You know those mornings when you were a kid, you would wake up to the scent of fresh baked Pillsbury cinnamon rolls wafting through the pink mesh canopy you had coveted for weeks from Claire’s? Anyone? Just me?? Well, minus the canopy, I think we can all relate to the absolutely heavenly scent of anything freshly baked in the morning.

After writing this, I’m slightly regretting not draping the loaf in cream cheese frosting, but I can promise even without it, it’s insanely good and the perfect snack/dessert/breakfast to celebrate the changing leaves.

Look at those sexy layers brushed with browned butter and sprinkled with cinnamon sugar!!!! Right, so first get your ingredients into place: 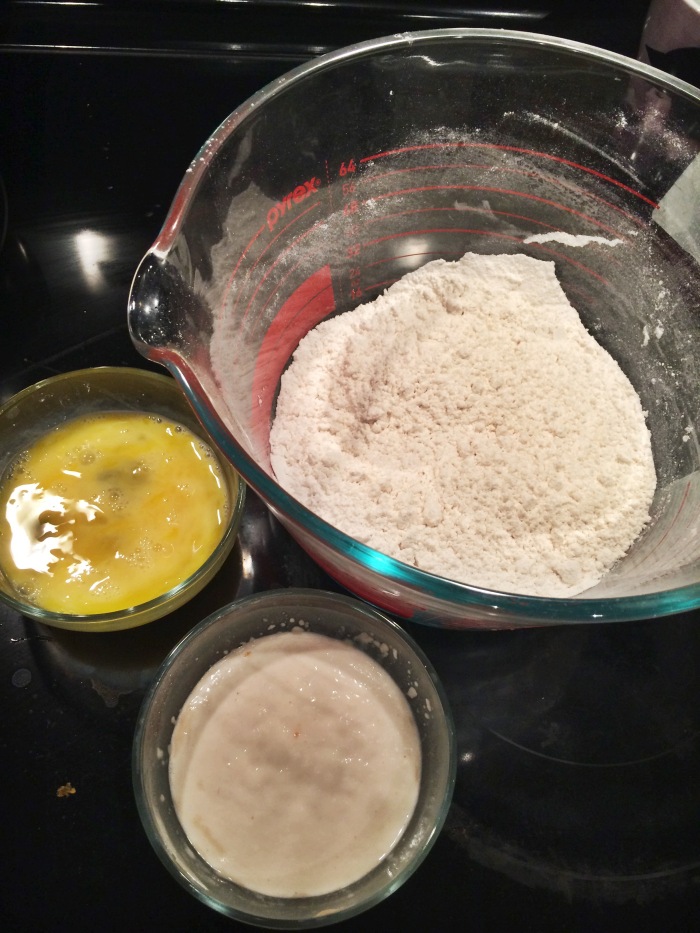 Combine yeast with warm water and sugar, beat eggs, and mix up dry ingredients. Melt butter into the milk.

Mix the milk mixture into the flour, and stir in the eggs until incorporated. 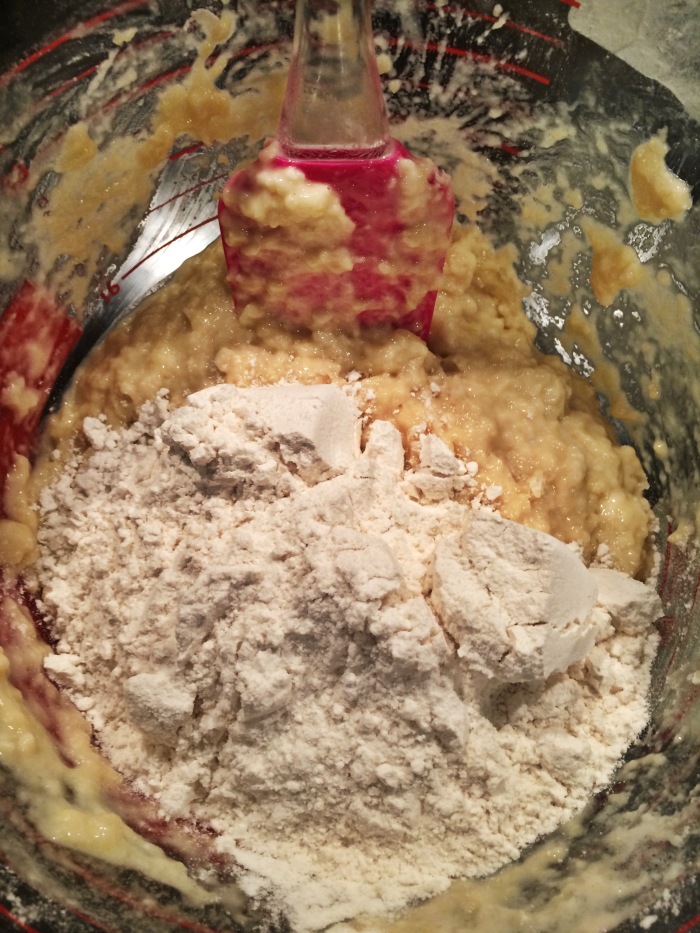 Add in 3/4 cup of flour and stir for two minutes until everything comes together.

Place the dough in a greased bowl and let rise for about an hour. Time to start the pumpkin butter!

The recipe couldn’t be easier: combine pureed pumpkin, maple syrup, lemon, pumpkin pie spice, and salt in a saucepan. Over medium heat let cook for about 20 minutes until thick and reduced like so:

This spread is delish on toast, waffles, apple slices, oatmeal… pretty much anything now that I think about it! The acidity of the lemon balances the sweetness of the maple so well, and the pumpkin pie spices provide the perfect warmth.

By now the dough should have risen, so deflate using your hands and knead about two tablespoons of flour into it. Let it rest for about 5 minutes while you brown some butter.

Roll out your dough to about a half inch thickness, and brush with the nutty caramelized butter. 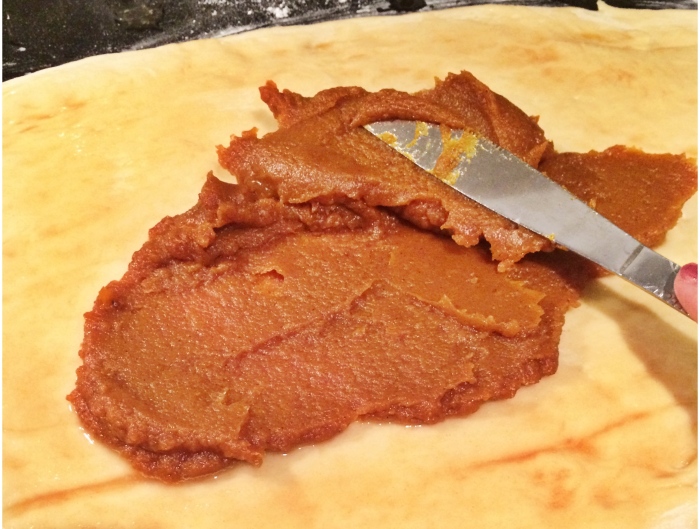 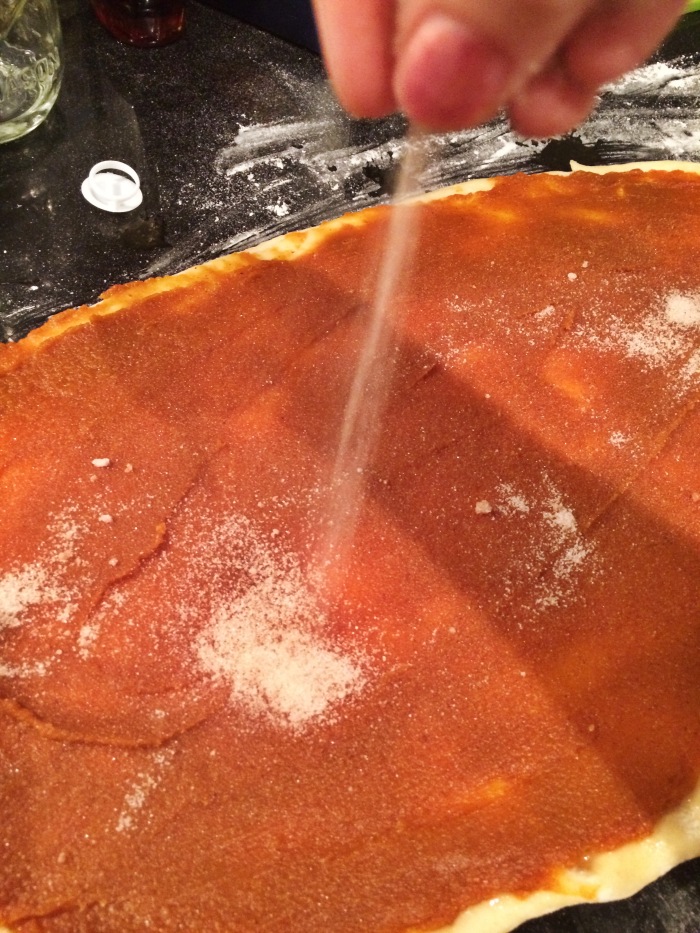 Spread with pumpkin butter and sprinkle (generously) with cinnamon and sugar. 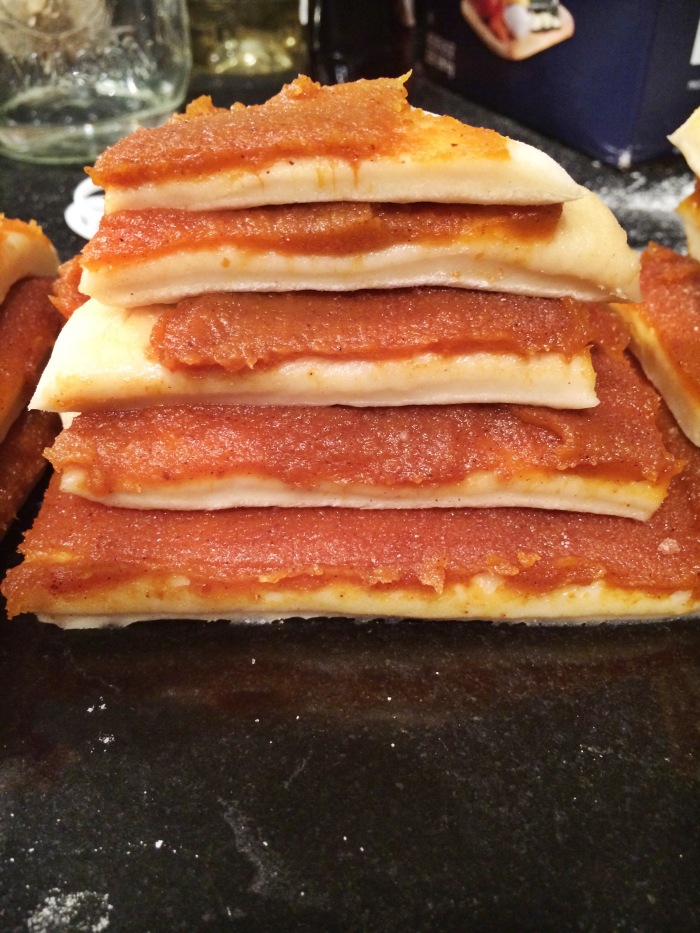 Cut dough into long strips using a pizza cutter, and then cut those strips into squares. Place the squares into a greased loaf pan like you would a deck of cards, and let rise again for 30 minutes. 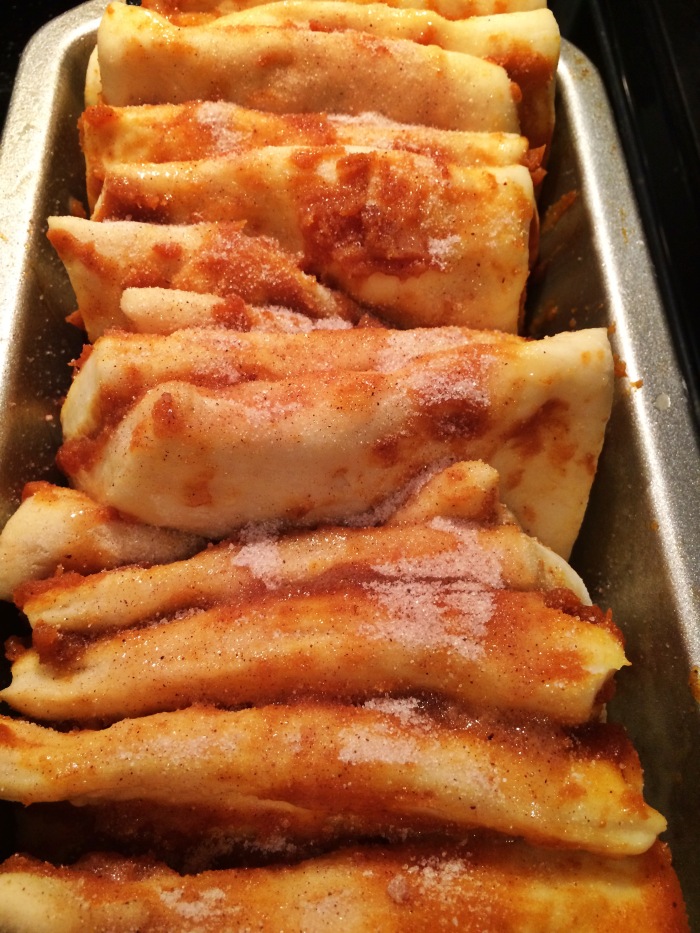 After the dough has risen, brush it with more of the browned butter and sprinkle more cinnamon sugar on top. Pop in the oven for 30-45 minutes and prepare to be amazed at what comes out. 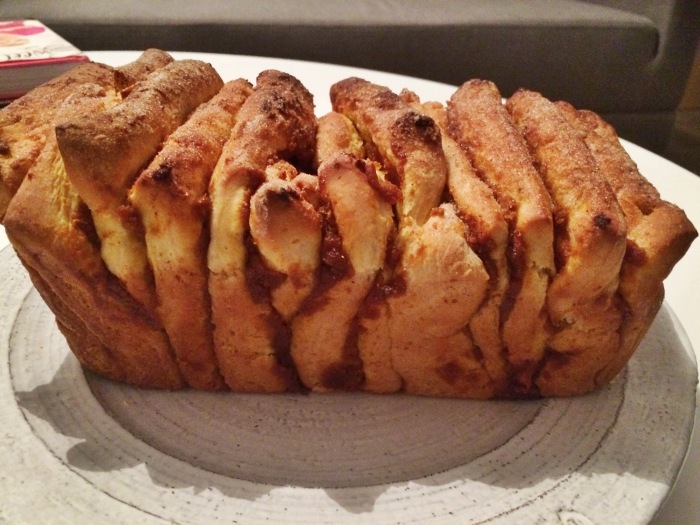 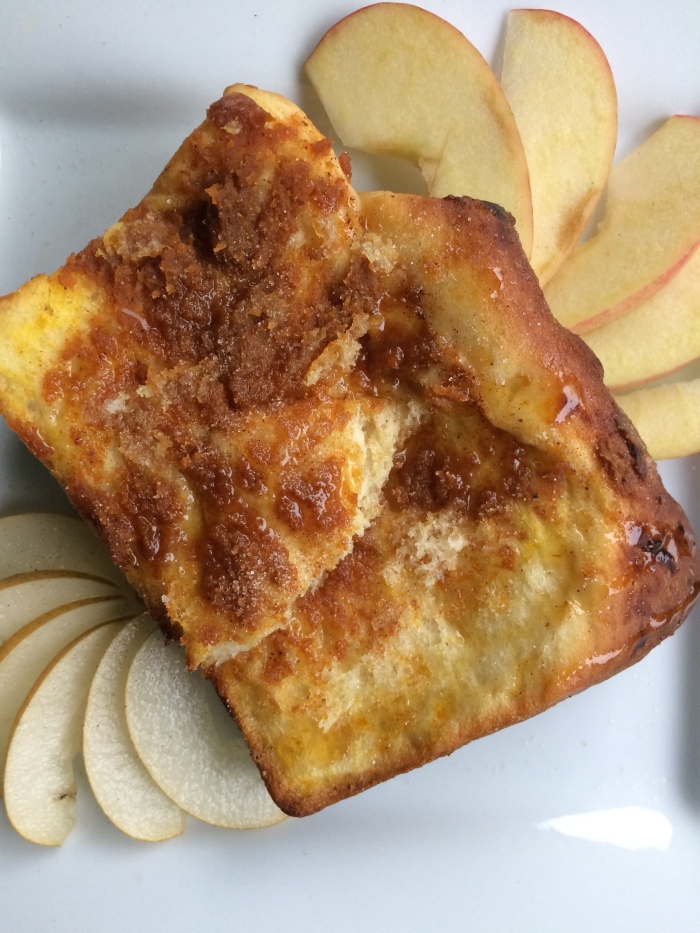 A beautiful loaf, buttery and golden brown, sparkling with cinnamon sugar, that makes your entire kitchen smell like pumpkin pie. When you peel off one of the heavenly layers, the texture of the dough is just like a cinnamon roll. I drizzled mine with a little more maple syrup for good measure and had it for breakfast!

Serve it warm with a scoop of ice cream for dessert, with a cup of coffee or tea for the perfect snack, or just eat it greedily straight out of the pan with your hands (not that I would know anyone that did this)…. 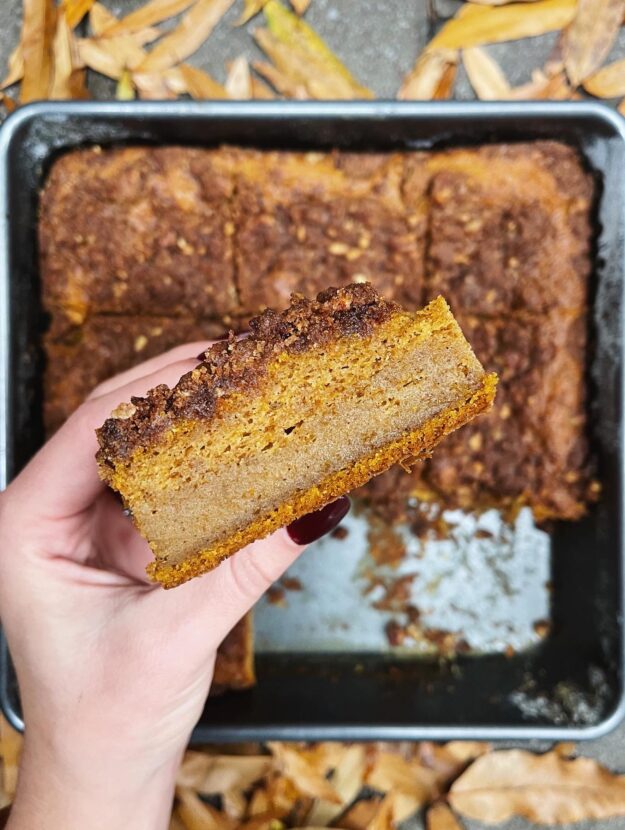